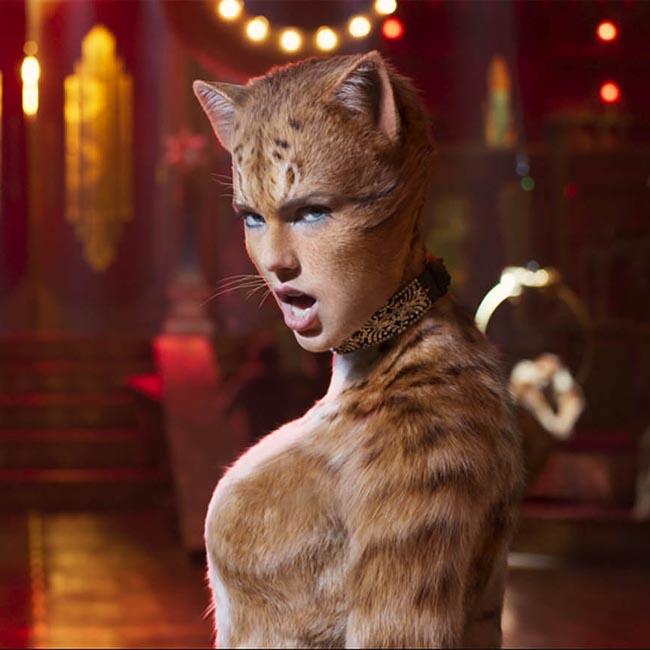 Taylor Swift and Andrew Lloyd Webber have teamed up to write a new song for the 'Cats' movie.

The 29-year-old singer, who is starring as Bombalurina in the forthcoming film version of Andrew's famous musical, have penned the track 'Beautiful Ghosts' for the motion picture, in which it will be performed by Francesca Hayward in her role as Victoria (White Cat).

Swift will sing another version over the film's end credits, and Dame Judi Dench - who will star as Old Deuteronomy - will also perform some of the pair's new song.

Lloyd Webber said: "After Judi sings 'Memory', she does a 30-second reprise of 'Beautiful Ghosts'."

The movie, which will be directed by Tom Hooper, and musical are based on the 1939 poetry collection 'Old Possum's Book of Practical Cats' by T. S. Eliot, and the composer admits that after reading the script he decided another tune was required.

Lloyd Webber said: "I said to Tom that I really do passionately believe we need a new song - Victoria's so central to the film that we absolutely had to have a song for her.

"I wrote an idea melodically.

"She [Swift] asked if she could write the lyrics. She looked at the script - she'd obviously read a bit of Eliot.

"Tom Hooper saw what she'd written and said bullseye! Or rather cat's eye. And that was it."

Lloyd Webber - who composed the 'Cats' tunes for the original 1981 West End musical - admitted it would've been "silly" if he had taken total control over all of the music for the new film, so he enlisted the help of music producers Nile Rodgers and Greg Wells.

Speaking to the Daily Mail newspaper's Baz Bamigboye column, he added: "I really thought that for me to arrange the music for the whole thing, and pretend I was 30 again, was silly."

Swift recently revealed she went to "cat school" to prepare for her role in the motion picture.

She said: "I have cats, I'm obsessed with them. They're just a real joy to live with. And I love my cats so much that when a role came up in a movie called 'Cats', I just thought like I've gotta do this. Like this is my calling in life, to do this for the ladies.

"And so I went to cat school which they have on set, readily available for us and learned how to be as much like a cat as I possibly could and yeah cats are just really cool."