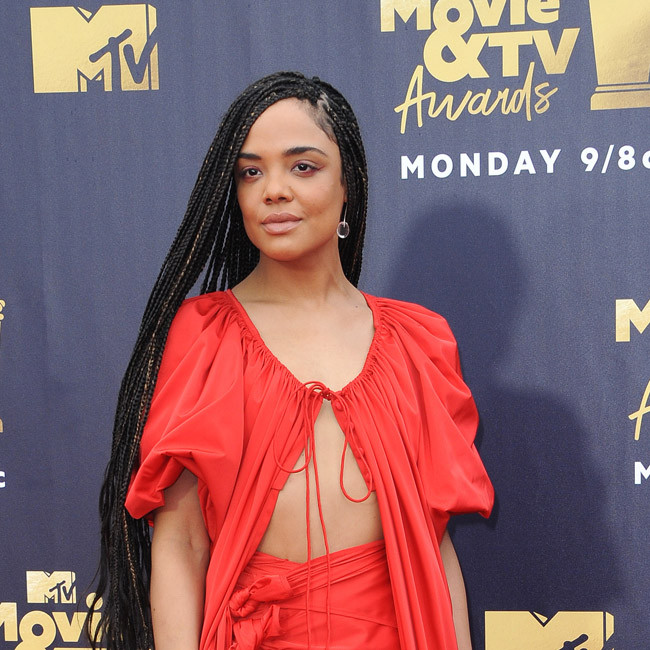 The 37-year-old actress stars in the titular role in the romantic drama - which is set in the 1950s - and she loved the experience of wearing vintage dresses in the flick.

Tessa said: "They were actual clothes from the 1950s, we had no money so to capture the period we just used a lot of vintage clothes. We had some beautiful, exquisite pieces but we also had literally the smell of history on them!

"I took a couple of the pointy bras home and thought I would bring that aesthetic back, but I haven't quite managed it!"

The movie features Tessa as Sylvie as she falls for musician Robert Hunter (Nnamdi Asomugha) and she expressed her delight in making a classic Hollywood romance featuring two black stars in the lead roles.

She said: "We wanted to make a film in the style of a classic Hollywood love story centred around two black characters, which hasn't been done nearly enough."

Tessa plays Valkyrie in the Marvel Cinematic Universe and insisted that she is yet to take any memorabilia from the 'Thor' franchise. However, she is planning to replicate her co-star Chris Hemsworth by snatching some memorabilia in the future.

Asked about stealing Marvel props on 'The Graham Norton Show', Tessa said: "No, because I am not Chris Hemsworth!

"I am going to steal something next time though because I feel relatively certain I have another couple (of films) before they can fire me, so I am pretty safe!"