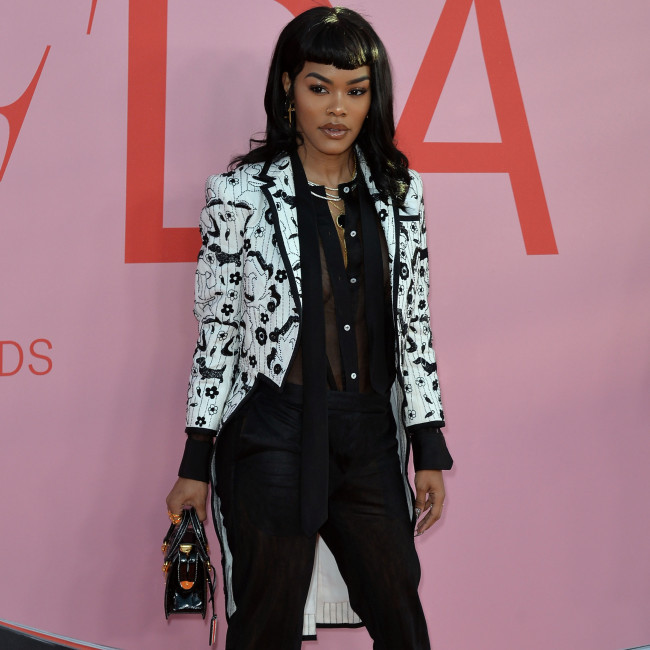 Teyana Taylor starring in A Thousand And One

Teyana Taylor is to star in 'A Thousand And One'.

The 30-year-old actress has been cast in the feature film debut from director A.V. Rockwell, with production having started in New York City.

The movie follows Inez (Taylor), who kidnaps her six-year-old son Terry from the foster care system. As the pair hold on to their secret and each other, mother and son set out to reclaim their home – as well as their identity and stability – in an ever-changing New York.

Teyana recently featured in Eddie Murphy's comedy sequel 'Coming 2 America' and her other movie credits include 'Stomp the Yard 2: Homecoming' and 'The After Party'.

The movie is being produced by Eddie Vaisman and Julia Lebedev for Sight Unseen, Lena Waithe and Rishi Rajani for Hillman Grad Productions and Makeready's Brad Weston.

Oren Moverman, Rachel Jacobs and Negin Salmasi are executive producing. Focus Features are distributing the flick in the United States while Universal Pictures International will distribute across the world.

Teyana previously explained that she wants to "really live" now that she is in her 30s and hopes to be "unapologetically" herself for the next decade.

Asked what's on her "thirties bucket list" the star – who celebrated her milestone birthday last December - said: "I think to like actually really live, you know what I'm saying? Have you ever noticed how busy our lives are from kids? And in your twenties you're still finding yourself. Your thirties is like when you really start to come into your own and know yourself. And I think that's where things start to calm down a little bit. That kind of was my goal. I've always wanted to be a mom and a wife. I always wanted to feel stable, you know? But still grow.

"So when I turned 30, this is a new time, a new moment to really just like live, love and be yourself unapologetically. Not caring about people's opinions, not care about other people's judgment, really just focusing on you and your loved ones."