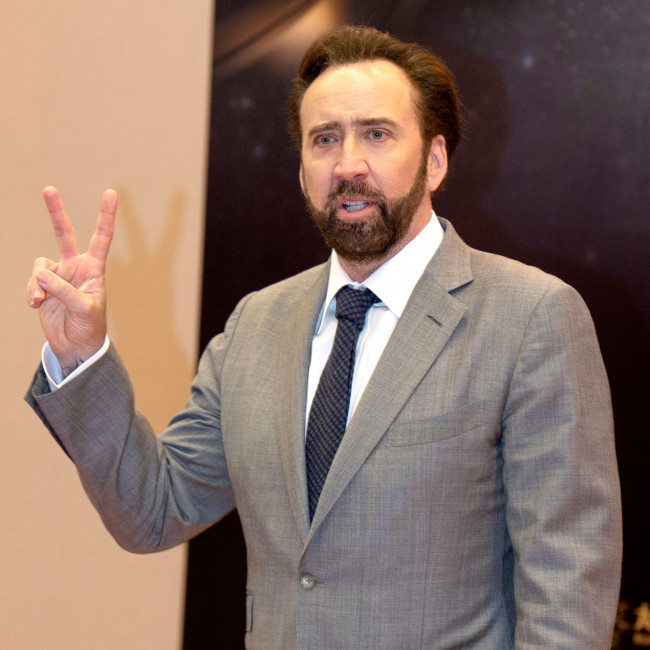 The Old Way: Nicolas Cage starring in first ever Western

Nicolas Cage is set to star in new Western 'The Old Way'.

The 57-year-old actor is set to star in his first two movies in the genre as he'll shooting the latest project back to back with previously announced 'Butcher's Crossing' in Montana.

He told Deadline: "After 43 years in cinema, I’m only now being invited to the important and storied genre of the Western with both 'The Old Way' and 'Butcher’s Crossing'.

"Being born and raised in the West, this is another good match and long overdue.

"I’m excited and compelled by the complex characters of both Briggs and Miller, and to find new ground to play at 57 is indeed galvanizing.”

The movie will tell the story of retired gunslinger Colton Briggs (Cage), who has left the deadly lifestyle behind him to run a general store.

However, he finds himself setting out for revenge after some outlaws hit the town and murder his wife - and he has his 12-year-old daughter with him for the mission.

Carl W. Lucas has penned the script, while 'Acts of Violence' director Brett Donowho is at the helm.

The filmmaker said: "It is both an honour and privilege to work with Nick on the first Western of his illustrious career.

“Cage not only epitomizes the character of Briggs, but he is also the consummate professional a director only dreams of working with to bring this enigmatic character to life.

"As a father of three daughters, I cannot wait to share this compelling story of a father and daughter and their emotional journey of discovery.”

He explained: "I've always been trying to progress film performance into the surreal.

"I've just always gravitated towards what certain people like to refer to as 'Cage Rage' or kind of unhinged characters."