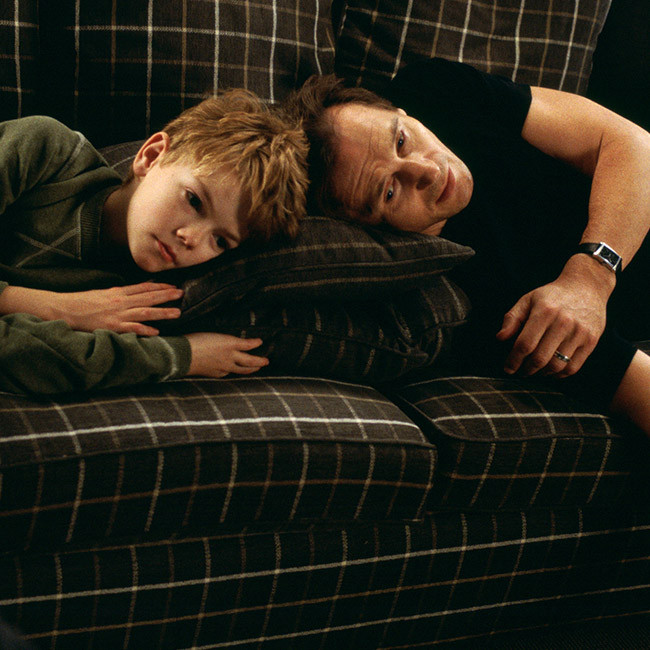 The 32-year-old actor rose to fame as a teenager when he starred as Sam in the 2003 rom-com classic, and he says it's pointless being "annoyed" by the label.

In an interview with The Guardian newspaper, he said: “If I got annoyed about it every time, I’d spend a lot of my life that way.

“It’s something I’m really proud of. It’s cool to be in a film that’s somehow still gaining momentum. It did quite well but it wasn’t a huge blockbuster. But over the years it’s gained that cult following.”

Thomas also hailed the “pretty good, brilliant writing" by Richard Curtis and "great acting all round" from the cast, which included the likes of Keira Knightley, Hugh Grant, Emma Thompson, Liam Neeson and Bill Nighy.

Starting out, Thomas almost landed the part of Ron Weasley in the 'Harry Potter' franchise, which ultimately went to Rupert Grint.

Despite being disappointed about losing out on the iconic role at the time, he doesn't have any "regrets".

He explained how he “never really regrets any decision that happens … 90% of the time you don’t get the role, so you have to find a way of being OK with it.”

Thomas previously admitted being a child actor impacts how you “develop and grow as a person”.

The 'Pistol' star said being thrust into the working world at a young age gave him a “sense of responsibility” that he wouldn’t have developed so quickly if he had a normal upbringing.

He said: "I hated, hated, hated being spoken down to in any way or mollycoddled as a child. So, when I'd go on set, everyone would just treat me as just another person hired to do a job and I loved that sense of responsibility. But, I mean, that must affect how you develop and grow as a person."

However, Thomas insisted he didn’t spend his entire childhood working, as he still made plenty of time to “sit for hours in my room and just play”.

He added: "I could be the professional … then come home and still surround myself with toys and sit for hours in my room and just play. That's how I looked at acting: it is just playing around, it's not that serious; it's just putting on voices and pretending to be someone else for the day, which is all I did at home with my sister anyway."

Almost two decades on from his movie debut, Thomas has starred in the likes of the ‘Maze Runner’ franchise, ‘Star Wars: The Force Awakens’, and ‘Dragon Rider'.