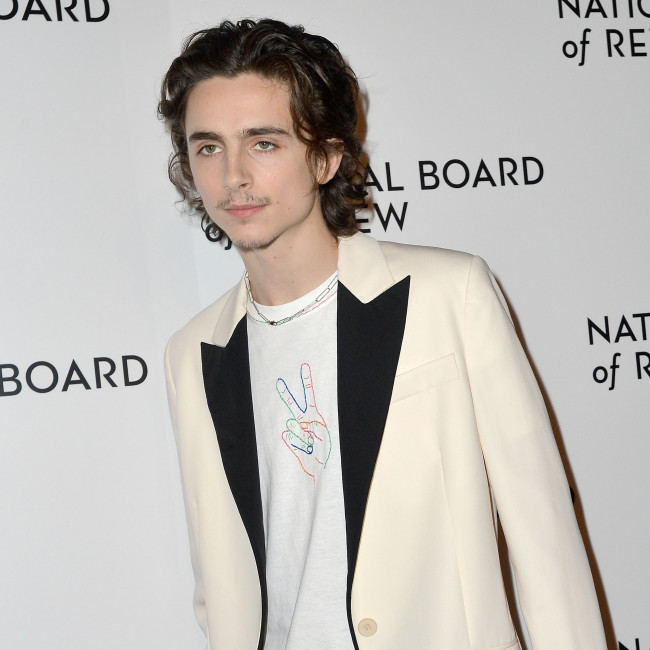 Timothee Chalamet is reportedly reuniting with Luca Guadagnino on 'Bones & All'.

The 'Dune' actor is in talks to star in his 'Call Me By Your Name' director's upcoming horror alongside 'Escape Room' star Taylor Russell, Deadline reports.

It's claimed Timothee and Taylor would play a couple in the flick, which is based on the novel by Camille DeAngelis.

The plot follows a young woman named Maren Yearly who travels across the country as she searches for the father she’s never met - all in an attempt to understand why she has the urge to kill and eat the people that love her.

The script comes from Dave Kajganich, a longtime collaborator of Luca, having previously worked together on 'A Bigger Splash' and 'Suspiria'.

Meanwhile, Luca had previously teased a second 'Call Me By Your Name' movie.

Timothee made the shortlist for the Best Actor Academy Award category for his performance as teenager Elio coming to terms with the fact he is homosexual in the drama.

In the movie, Elio falls in love with Armie Hammer's American graduate student alter ego Oliver when he comes to his family's home in Italy to help him with his studies during the summer.

Both lead actors had stated they'd be keen to reprise their roles for a sequel - which would be based on the latter half of Andre Aciman's novel of the same name, which catches up with the characters 15 years later - and last year, Luca had said the pair would be back for the movie.

Luca said at the time: "I was going to America to meet a writer I love very much, whose name I don't want to mention, to talk about the second part. Unfortunately, everything is cancelled. Of course, it's a great pleasure to work with Timothee Chalamet, Armie Hammer, Michael Stulhbarg, Esther Garrel, and the other actors. They will all be there in the new film."

Luca's planned sequel, like the majority of movie projects, has had to be postponed due to the coronavirus pandemic that has swept across the globe.

Screenwriter James Ivory - who won the Best Adapted Screenplay Oscar for his work on the original film - will seemingly not be part of the sequel.