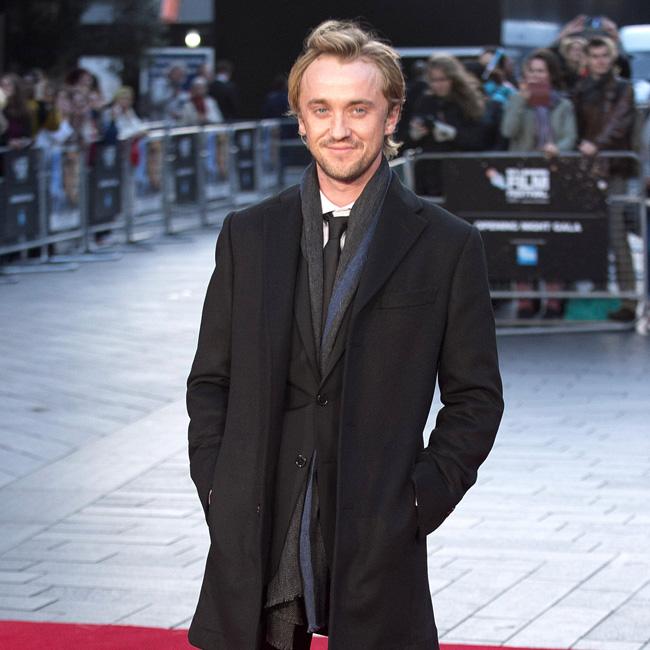 Tom Felton doesn't think there will be a Cursed Child film

The 32-year-old actor, who played Draco Malfoy in the franchise, said that "everything that needed to be done was done" in the series, which came to an end after eight films in 2011.

Speaking to Red Carpet News TV, he said: "How much you offering? I'm joking. I don't think it will be reprised, to be honest with you. I think it was a wonderful eight chapters, and everything that needed to be done."

Since the conclusion of the movies, the 'Harry Potter' universe has continued and expanded in the form of the 'Cursed Child' stage play and the cinematic spin-off 'Fantastic Beasts', which has so far spawned two movies starring Eddie Redmayne as Newt Scamander.

Tom, 32, is "proud" to be part of the 'Harry Potter' universe despite it moving in a different direction.

He said: "We're all immensely proud to be a part of it, and we're glad it's still as popular as it once was."

Although he doesn't see it coming to the big screen, Tom admits that he is a big fan of the 'Cursed Child' and praised the work of 'Harry Potter' creator J.K. Rowling.

He explained: "And the stage play, I saw it about a year ago, it was marvellous. Another great feather in Jo's cap, really. Seeing the faces of people live, it was a real treat."

Tom also revealed that the cast of 'Harry Potter' - which includes Daniel Radcliffe, Emma Watson and Rupert Grint - remain very close even though the film series ended almost a decade ago.

He said: "We're all still very close with each other, and every year we grow, we see the fandom seemingly only rising. Most of the fans that approach me now weren't even born when we made the films, so it's great to see it passed down from generation to generation.

"I can speak for all the cast when I say we're very grateful for all the support that's come our way over the last decade or so."