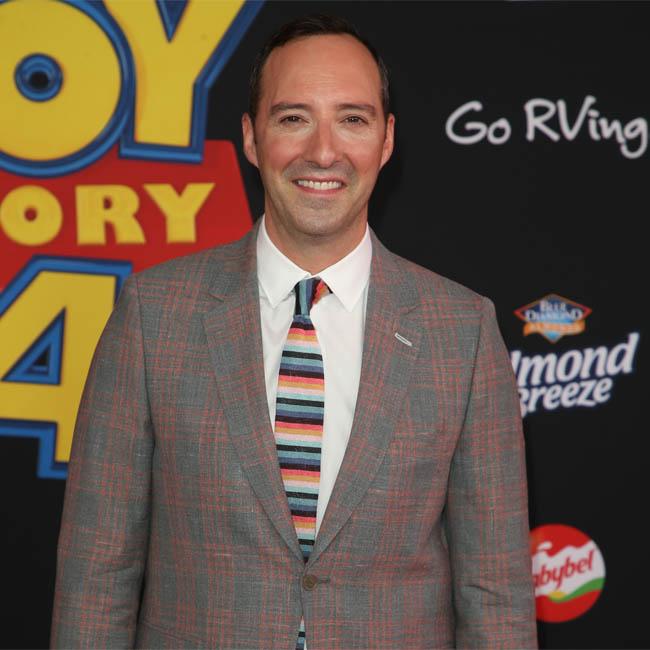 The 49-year-old actor voices the character Forky - a handmade toy who has an identity crisis and doesn't believe he belongs with the toys - in the Disney/Pixar film and admits that he "resonated" with the character because he was nervous about joining the sequel's established cast which includes Tom Hanks, Tim Allen and Wallace Shawn among others.

Tony told Express.co.uk: "I resonated with Forky because I was quite overwhelmed like he was.

"He came into the world overwhelmed, I came in overwhelmed ... I pretty much thought I was going to be replaced until the movie was released, that was my actor brain speaking."

The comic revealed that he only felt a sense of belonging when he accompanied the cast during the promotional tour for the animated adventure.

Tony explained: "It really wasn't until I saw the movie and was kind of doing press with all the other actors like Tom Hanks and Tim Allen, that it really began to sink in that I was a part of this franchise that I loved so much."

Hale - who has reprised his role as Forky in the spin-off 'Forky Asks A Question' - also believes more credit should be given to the animators who spend years creating the visuals for the movie.

He said: "We as voice actors, we talk about it that the spotlight should really be on these animators because they worked so hard on this movie.

"'Toy Story' is the most visually stunning thing, and that with the writing is just ... they work so hard."

Tony recently revealed that he would jump at the chance to star in a potential 'Toy Story 5'.

In a conversation with Yahoo Movies, he said: "Here's the deal, if Pixar ever calls ... you always just say yes. Those decisions are for other people to make, but I'm always more than willing to be around that environment again because it was so inspiring. I love it."