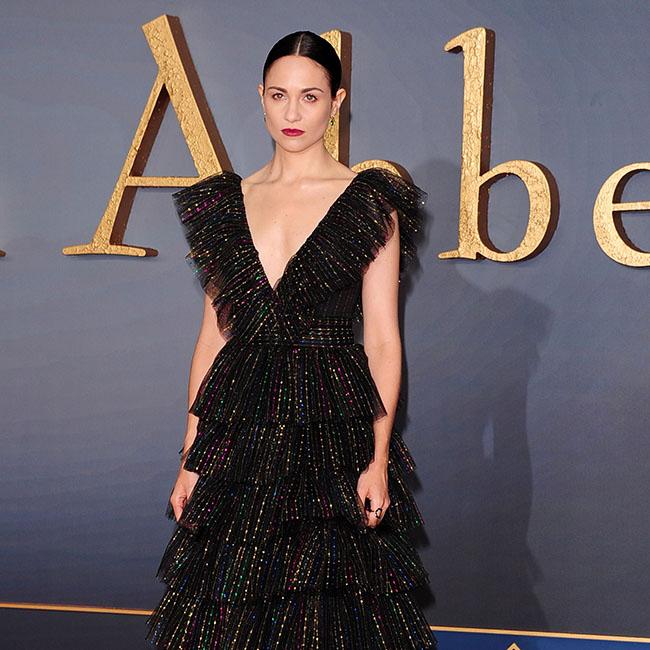 Tuppence Middleton went head-to-head with some of her friends to land her role in 'Downton Abbey'.

The 32-year-old actress has joined the cast of the big screen spin-off of the period drama as Lady Bagshaw (Imelda Staunton)'s servant Lucy and though she liked seeing familiar faces in the audition room, she also knew it would be a little bit harder to win the part.

She said: "It's quite a small world. You check in when you arrive for an audition and sometimes you can see five of your friends there too.

"You think, 'Oh they're brilliant, they're going to get it.'

"It's lovely to be going through the same thing, but also it means you rarely think it's in the bag."

Tuppence admitted it was daunting joining such a well-known cast - so she was grateful for the fact she doesn't have perfect vision when she attended the first script read.

She explained in an interview with Grazia magazine: "It didn't really hit me until we had the read-through.

"We did it in a warehouse space, at some kind of studio, and they needed it to be so big because there were just so many people.

"I'm quite short-sighted, I could barely see across the table. I would have been quite intimidated otherwise, with all of these faces that I've grown up watching and loving."

But the actress had nothing to worry about as she was quickly put at ease by the returning cast members.

She said: "They made all of us newbies feel like part of the family.

"I didn't feel at all isolated or that it was cliquey."