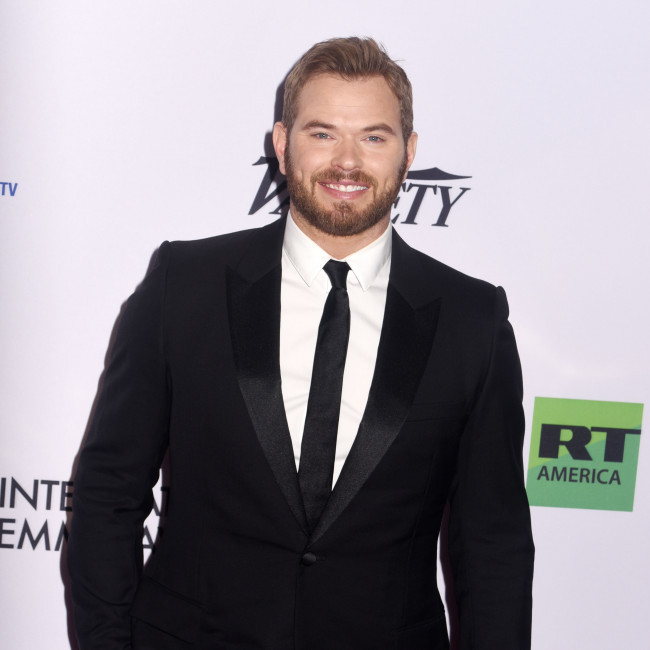 Kellan Lutz would love to reprise his role as Emmett Cullen in a 'Midnight Sun' movie.

The 36-year-old actor reunited with his co-stars Ashley Greene and Jackson Rathbone, who played Alice Cullen and Jasper Hale in the blockbuster teen vampire 'Twilight Saga', respectively, at Chicago Comic and Entertainment Expo.

And he revealed he'd jump at the chance to return to star in a big-screen adaptation of Stephenie Meyer’s 2020 prequel novel.

According to ET Canada, he said: “I mean, I love [Midnight Sun].

“I so wish we could make a movie with that. Emmett has so many more funny lines in that one. It’s awesome.”

And Ashley, 34, admitted she wants to join him in the flick if it ever sees the light of day.

The new "companion" book tells the story from Edward's (Robert Pattinson) perspective, and the 47-year-old author had left it unfinished after the text leaked online.

Meyer said last year: "I am very excited to finally, finally announce the release of Midnight Sun on August 4.

"It's a crazy time right now and I wasn't sure if this was the right time to put this book out, but some of you have been waiting for just so, so long. It didn't seem fair to make you wait anymore.

"Sorry about the bad timing. Hopefully this book can be a distraction from the real world. I'm so excited to finally be able to share it with you."

The movies focus on the relationship of Edward and Bella Swan (Kristen Stewart).

And the latter recently admitted she thinks her and Robert's real-life romance was what the 'Twilight Saga' "needed".

The former couple started dating shortly after 'Twilight', the first film in the series which premiered in 2009, and went on to star in another four movies in the franchise, and although the actress - who is now engaged to girlfriend Dylan Meyer - thinks she and the 'Lighthouse' actor were "young and stupid" at the time, she believes their genuine feelings for one another boosted the popularity of the films.

She said: "[Robert had an] intellectual approach that was combined with ‘I don’t give a f*** about this, but I’m going to make this sing.’ And I was, like, ‘Ugh, same.’

“And, whatever, we were young and stupid and, not to say that we made it so much better, but that’s what it needed, and that’s what anybody playing those parts needed to feel.”

The 31-year-old star knew immediately after meeting Robert, 35, that he was the right person to play Edward opposite her as Bella.

She added: "It was so clear who worked."