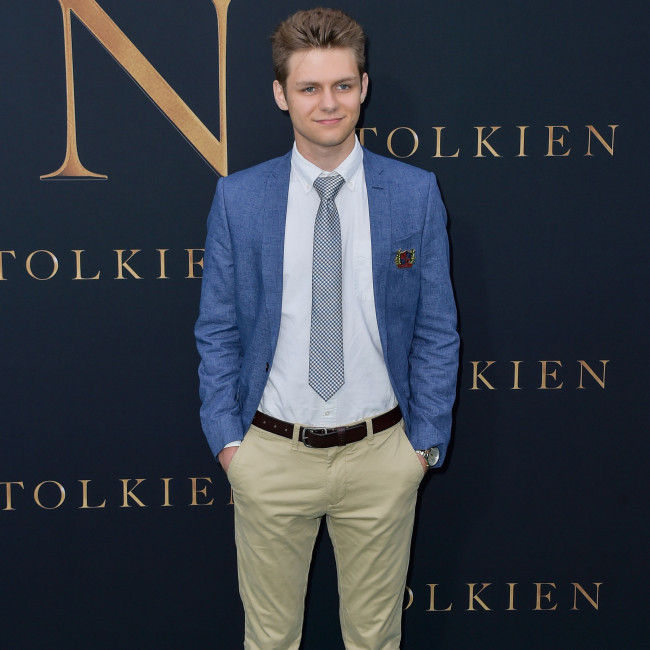 Ty Simpkins cast in The Whale

Ty Simpkins has been cast in 'The Whale'.

The movie follows Charlie, a 600-pound middle-aged man as he attempts to reconnect with his estranged teenage daughter.

The pair had fallen out when Charlie abandoned his family for his gay lover who later died. He then turned to compulsive eating out of grief which caused his large weight gain. Chau will play the role of Charlie's best friend.

Ty, whose previous credits include 'Insidious' and 'Jurassic World', will play the role of Thomas although no further details have been revealed about the character.

Samantha Morton and Sadie Sink are also believed to be close to joining the project, with Sadie set to play Charlie's daughter should she board the flick.

'The Whale' is based on Samuel D. Hunter's acclaimed stage play of the same name and the writer previously expressed his pride to see his story adapted for the big screen.

He said: "Adapting my play into a screenplay has been a real labour of love for me.

"This story is deeply personal and I'm very thankful it will have the chance to reach a wider audience.

"I've been a fan of Darren's ever since I saw 'Requiem for a Dream' when I was a college freshman writing my first plays, and I'm so grateful that he's bringing his singular talent and vision to this film."

Ty will be reprising his role as the possessed child Dalton Lambert in 'Insidious 5'.

The latest movie in the supernatural horror series will be directed by Patrick Wilson – who will reprise the role of Dalton's father Josh Lambert.

The movie is a direct sequel to 'Insidious: Chapter 2' and follows Dalton as he goes to college while trying to combat the terrors of his past.