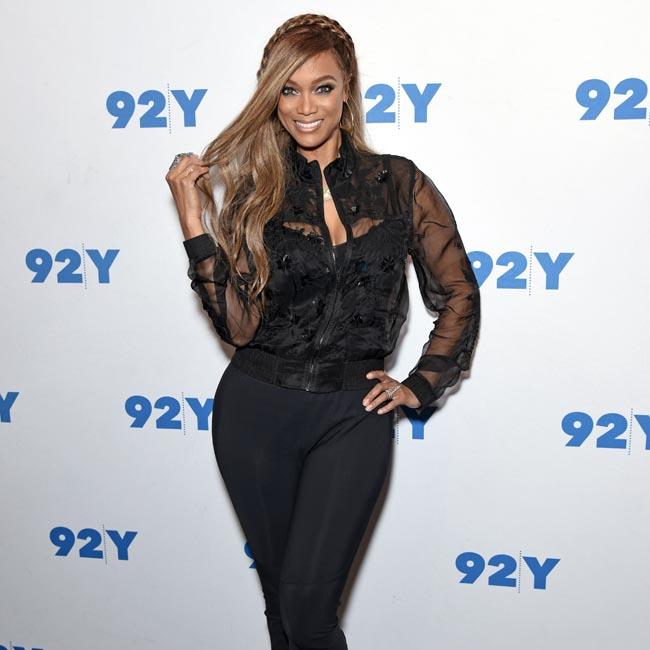 Tyra Banks wants to make a sequel to 'Coyote Ugly'.

The 46-year-old actress revealed that she has wanted to make a follow-up to the 2000 musical-comedy drama for years and has discussed the project with producer Jerry Bruckheimer and some of the crew.

In a conversation with Variety to mark the 20th anniversary of the movie's release, Tyra - who played bartender Zoe in the film - said: "I've had a passion to do a sequel to 'Coyote Ugly' for some time now.

"I've even reached out to Jerry Bruckheimer and the team and the original writer and they've had some jam sessions on what it could possibly be."

'Coyote Ugly' starred Piper Perabo as Violet Sanford, an aspiring musician who works in a bar to overcome her stage fright and make money.

Tyra has revealed that she wants to produce a potential sequel and has claimed that songwriter Diane Warren - who provided the soundtrack with LeAnn Rimes - wants to be involved in the project.

The 'America's Next Top Model' presenter explained: "I feel like we need to do some type of rallying cry to social media, you know, kind of like a petition to get people to sign to make the sequel.

"I actually really want to produce it. We have really been wanting to do that and even had a form of a treatment with the original writer. And even Warren, who did the original music with Rimes, is super passionate about this."

Banks admits that she is surprised when she looks back at her performance, especially the dance moves, in the film.

She said: "I look at the footage of that movie today and just watch it and I'm like, 'Who is that skinny girl?' I could hop on a bar with no problem and dive into a crowd and do all this crazy stuff. I never in a million years could do that today, although I can still jam and shake my butt."