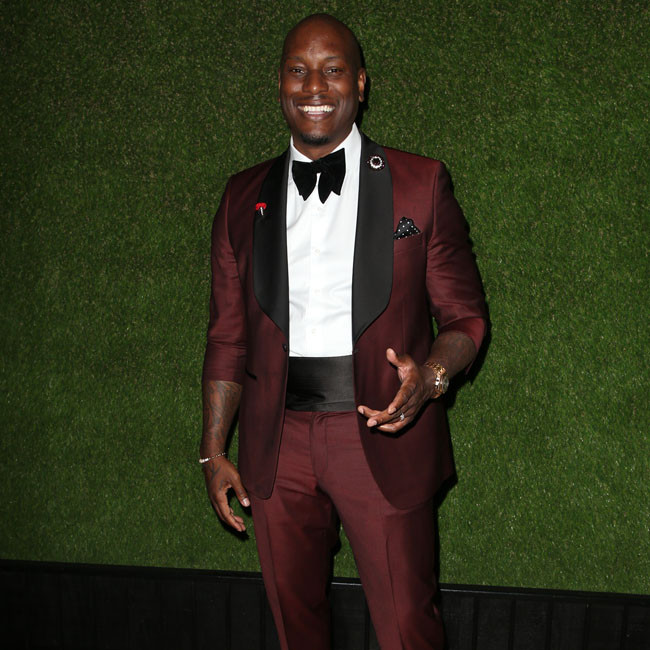 Tyrese Gibson is to star in 'Hard Matter'.

The 43-year-old star has been cast alongside Harvey Keitel and Frank Grillo in the new movie that is being written and directed by Justin Price.

The flick is set in a new America that is divided by quadrants and where a power-hungry corporation takes over the prison system, with the new law enforcers inflicting capital punishment to get back into society.

Jeff Bowler and Bret Saxton are producing for their Wonderfilm banner along with Price and Latavius Powell.

Tyrese previously starred in and produced the action thriller 'The Inside Game' with Wonderfilm Media.

The star said in a statement: "This is my second production with Wonderfilm and I love their talent for storytelling. Bret and Jeff are great collaborators."

Saxon and Bowler added: "Tyrese coming on board for 'Hard Matter' has been amazing. He's brought an elevated energy to set, and we are thrilled each day as this production progresses."

Tyrese has previously hit out at colourism in Hollywood and claims that he has lost out on roles to Terrence Howard because his friend is "lighter-skinned".

The 'Fast and Furious' star said: "Terrence Howard has no idea how many roles that I was about to book and they went with him because he’s the lighter-skinned black man with the green eyes.

"I'm the star. I’m this blue-black, you know, all of the things that I was laughed about in the ‘hood.

"And then you look at Lupita [Nyong’o] and the Viola Davises of the world, and there is this kind of, this shift that has happened. I think we should all stay humble because it’s interesting how white people created this kind of colourism.

"The mixed-race gets to be in the house and the black blacks get to work in the hot sun and pick cotton."