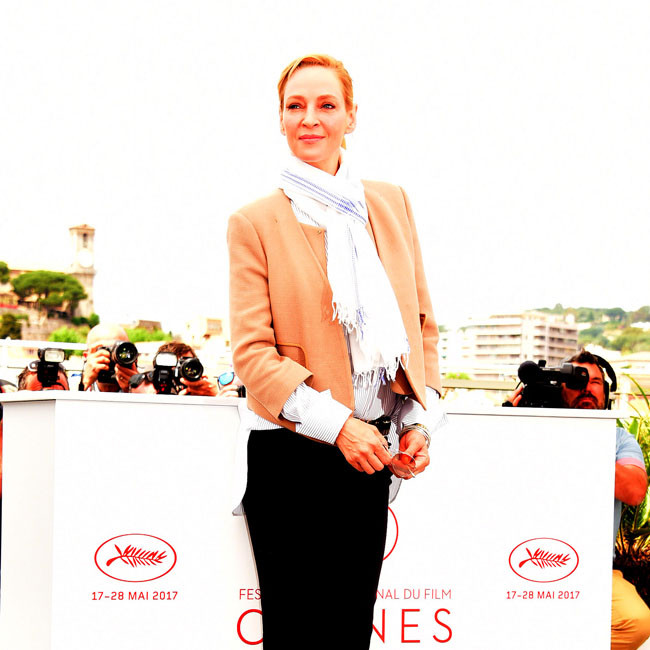 Uma Thurman and Henry Golding have joined the sequel to 'The Old Guard'.

The sequel will be helmed by Victoria Mahoney, after Gina Prince-Bythewood stepped down from the role.

Charlize plays the lead role of warrior Andromache of Scythia.

Charlize previously revealed that she and other cast members were keen to make a second film.

She said: "We're still pushing this one out.

"Let's have a little resting period, but just given the fact that all of us really want to do it, I'm sure when it's the right time, we'll start the conversation."

The 46-year-old actress feels that the popularity of the film is "nutty" - but insists she wasn't thinking about viewing numbers as she was making the flick.

Charlize added: "I'm not that brave. I don't want to hear predictions. No, thank you."

Meanwhile, the Hollywood star previously revealed she overcame her fear of horses while shooting 'The Old Guard'.

Charlize found making the action film "therapeutic" because she had to get into the saddle and tackle her worries that things could easily go "terribly wrong" by facing her phobia head-on.

She said: "I always had this fear when I was on them that something could go terribly wrong at any instant. So it was like a metaphor for my life in a weird way, this movie. It was therapeutic for me."

The movie also required Charlize to undergo extensive weapons training, and though the preparations were tough, she enjoyed the challenge.

She said: "I trained five days a week for about four months before shooting.

"I did a mixture of strength conditioning and combat training. A lot of it involved an axe-like weapon I use in the film I've never done any weapons training quite like this.

"It was really tough - but really worth it."