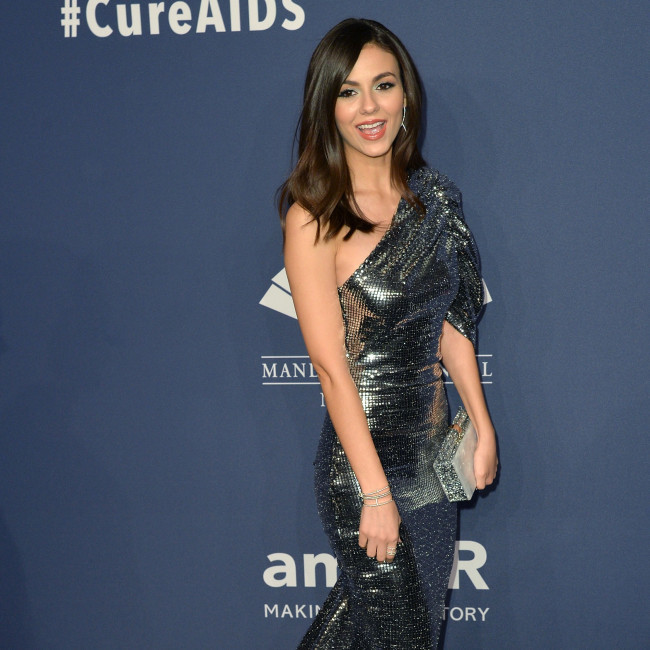 Victoria Justice and Adam Demos will star in a romantic-comedy movie.

The former 'Zoey 101' actress and the 'Sex/Life' actor have joined forces for the as-yet untitled Netflix project, which has been written by Elizabeth Hackett and Hilary Galanoy.

Justice shared the news of her latest role on Instagram, and she added the caption: "Couldn’t be more excited about this!"

The movie will tell the story of a Los Angeles wine company executive who heads to an Australian sheep station to try to land a major client.

But she ends up working as a ranch hand and grows close to a local.

The movie, which will be produced by Deborah Glover, Robyn Snyder, Deborah Evans, and Tracey Vieira, is to be filmed in Queensland, Australia.

Queensland Premier Annastacia Palaszczuk said: "This new Netflix film is the latest in a string of domestic and international productions continuing to fuel the state’s screen boom which is critical to our economic recovery.

"This project is a strong example of how our Production Attraction Strategy benefits Queensland’s local screen sector via exciting co-production arrangements for local businesses, such as Hoodlum Entertainment, one of the state’s most successful production companies."

As well as her big screen roles, Justice is known for playing lead character Tori Vega in the Nickelodeon series 'Victorious'.

In March, she confirmed there have been "discussions" about bringing the show back.

She said: "I'm not saying that there haven't been discussions, but I'm just saying, who knows?

"I mean, at this time, I don't think that there are any concrete plans, [but] you never know what's going to happen in the future.

"I don't want to get anyone's hopes up. There's nothing in the works, but I don't know. We all love each other, and it was such a fun time. So who knows?"