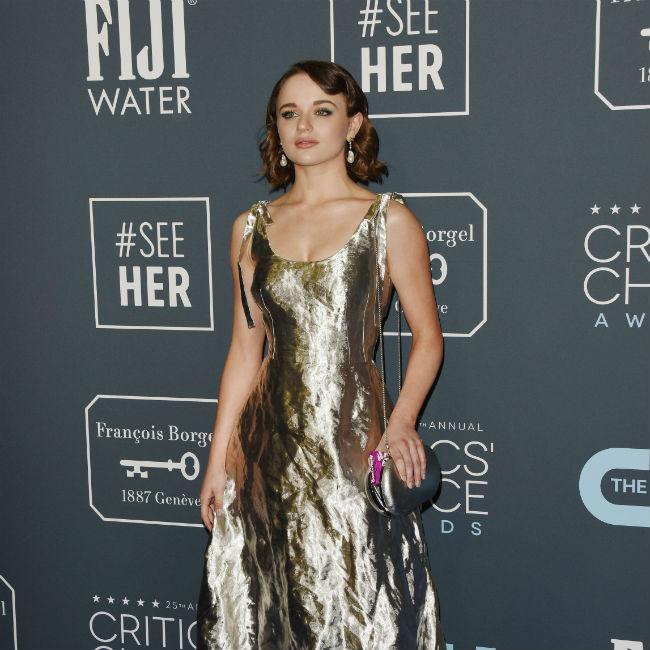 'The Kissing Booth 3' will bring an end to the coming of age story, according to director Vince Marcello.

The 48-year-old filmmaker has already overseen the third instalment in the teen drama movie series, which will see Joey King and Jacob Elordi reprise their roles as Elle and Noah respectively.

Vince told Variety: "Although 'The Kissing Booth' is a romantic comedy, the heart of it is a coming of age story.

"(The third film) is the culmination of this coming of age story - not just for Elle, but for Noah and Lee (Joel Courtney), as well. Although their paths are entwined, each has their own journey with a set of challenges that they need to overcome before closing the chapter of their lives that was adolescence and beginning their new journey into adulthood."

Marcello wants to give fans of the franchise an "emotionally satisfying" conclusion to the story.

He said: "I'm most excited about giving fans a joyful and emotionally satisfying ending to 'The Kissing Booth'. After all, the love they've shown for this franchise, they deserve nothing less."

The movie - which was filmed at the same time as the sequel - is currently in post-production and will be released on Netflix in 2021. Joey, Jacob and Joel will also be joined by returning castmates Taylor Zakhar Perez, Maisie Richardson-Sellers and Molly Ringwald.

Joel said: "We filmed two and three at the exact same time."

King added that it was "hard" to keep the filming revelation a secret but is delighted that the series will return to screens.

The 21-year-old actress said: "It was the hardest secret to keep ... In one day we'd be filming both."

She added: "The explosion of love has been so real."