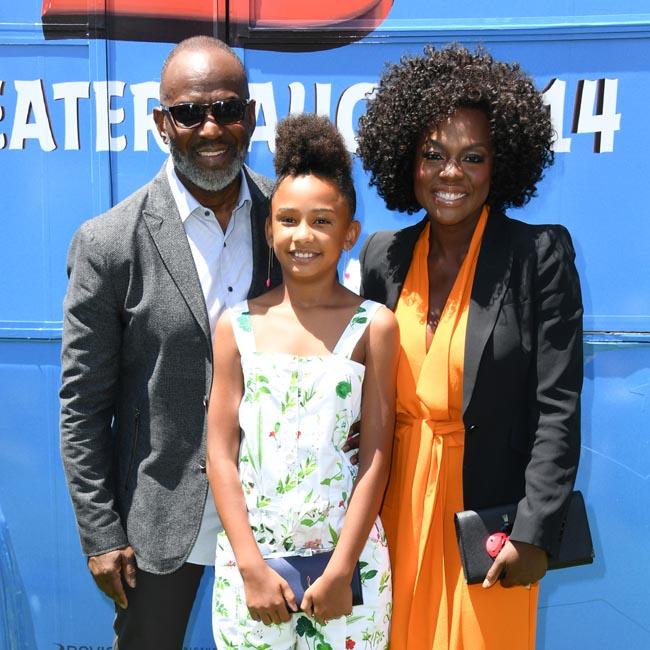 Viola Davis' nine-year-old daughter Genesis has hinted she would like to take up acting.

The Hollywood star's little girl makes her major big screen debut in 'Angry Birds Movie 2' voicing Vivi, and she has opened up about the advice her Academy Award-winning mother has given her and whether she will follow in her footsteps.

On what tips the 'Fences' actress gave her, Genesis said on the red carpet at the premiere for the movie in Los Angeles: "She said, 'No matter what people say, to keep moving forward.' And I'm gonna take that advice."

And quizzed on whether she is keen to continue her career as an actress after this role and a minor part in 2014's James Brown biopic 'Get On Up' alongside her parent, Genesis - who was also joined at the movie's launch by her father Julius Tennon - replied: "Maybe."

'How to Get Away With Murder' star Viola, 54, previously revealed she is encouraging of her little girl's ambition to enter her "terrific" profession, but is keen for her to complete her education and not to rush into things as she doesn't want to choose the "lifestyle" for her only child's future before she fully understands what it entails.

She said: "She says she wants to be an actress.

"[She says], "I gotta live the words, I gotta breath the words, I gotta remember the words,' and I said, 'Yeah and you also gotta go to school and get out of this house and pay your own rent.'...I just think this is a terrific profession. The work is fantastic, but the lifestyle? Eh. I don't want to choose that for her at a young age."