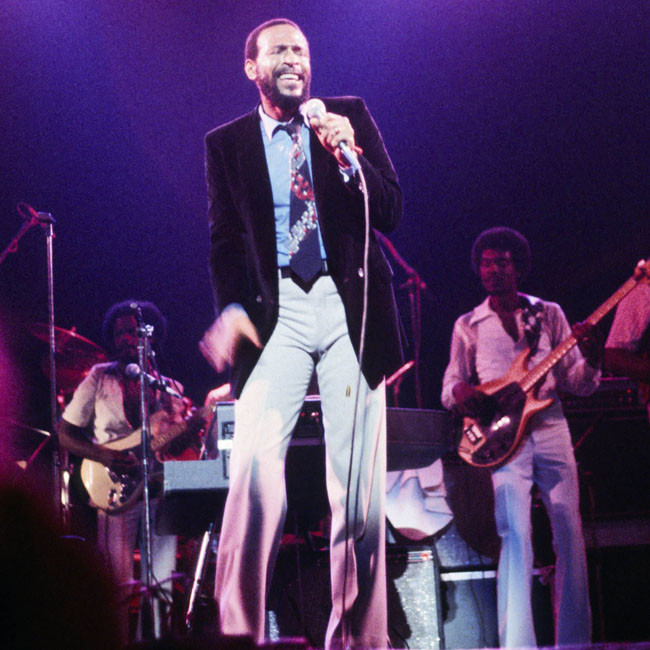 Allen Hughes will direct the film - which is expected to have a budget of more than $80 million - about the legendary soul singer, and he will produce the movie alongside Dr Dre, Jimmy Iovine and Andrew Lazar.

Hughes told Deadline: "This is so personal for me.

"When I made my first film with my brother, we were fortunate to get 'What’s Going On' into the trailer for 'Menace 2 Society', and it was a game changer in elevating the marketing of that film.

"Every film of mine but the period film 'From Hell' had some Marvin Gaye in it, and I’ve just always connected to him.

"He’s the artist’s artist, with this ethereal voice that just comes out of the heavens.

"There have been plenty of great artists, and then Marvin, in his own lane.

"When you listen, in one measure you feel like you’ve read a novel.

"Such a rich inner life in that voice, heavenly but riddled with pain, the agony and ecstasy at the same time.

"When he gained his independence in the ’70s, with that album 'What’s Going On', then 'Trouble Man' and 'Let’s Get It On', 'I Want You' and his final masterpiece 'Here, My Dear', when it comes to vocal orchestrations and the way he layered his voice, he’s Mozart."

Gaye's songs will feature in the movie as his estate and Motown are part of the project.

Hughes added: "You’ve heard of all these big-name directors that have tried for 35 years to consolidate these rights.

"This started with Dre, saying, ‘Let’s do this together,’ and then Jimmy came on, and Andrew Lazar, and we worked with the estate, with Motown and some other things that needed to be tied down, and we got it done."

Gaye's widow Jan Gaye is an executive producer on the motion picture.

The producers are to start searching for an actor to play the music icon, who was shot dead by his father in 1984 just a day before his 45th birthday.

Production on the film looks set to get underway next year, with bosses eyeing a 2023 release date.

Gaye has a back catalogue of numerous hits, including 'What’s Going On', 'Sexual Healing', 'Let’s Get It On', 'Ain't That Peculiar', 'How Sweet It Is (To Be Loved By You)', and 'I Heard It Through the Grapevine'.

As well as showing how his music was a huge part of popular culture for decades, the film will also touch on the life of women who influenced his career, and his relationship with his dad.

It was initially revealed in 2018 that Dre was making a movie about Gaye, following a string of failed attempts by others to bring his life story to the big screen.

Gaye's family confirmed just days later that talks were underway with the rapper.

His son Marvin Gaye III said at the time: "I love and highly respect Dr. Dre, and we are currently in talks about his participation in the film."