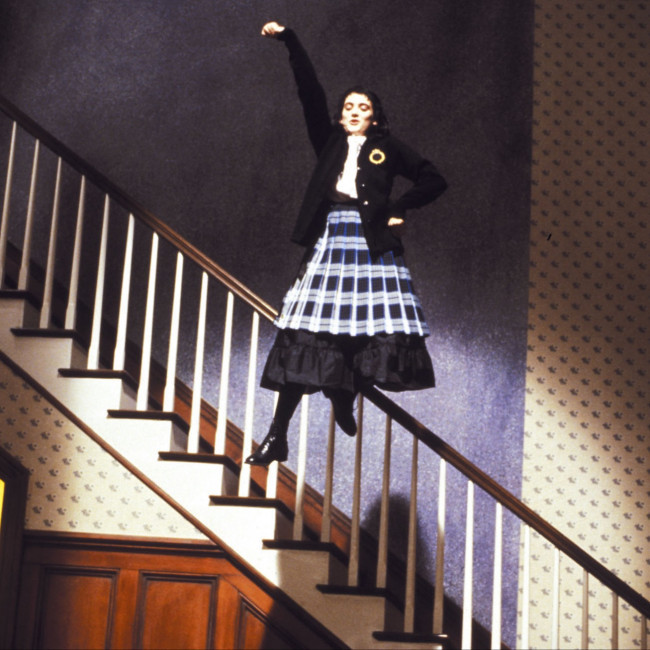 Winona Ryder always gets questions about 'Beetlejuice' and 'Edward Scissorhands'.

Although fans still quiz her on the two iconic flicks, she is also getting plenty of attention for her role as Joyce Byers, the mother of Will Byers (Noah Schnapp), in the hit Netflix sci-fi series 'Stranger Things'.

She told Best UK: "I still get asked about 'Beetlejuice' and 'Edward Scissorhands' but I'm mostly Joyce or Will's mom now."

In May, it was rumoured that 59-year-old Johnny would be making his post-trial film comeback by starring in 'Beetlejuice 2'.

Fans flooded social media with the claim after they noticed actor’s name seemed to appear on a call sheet found when they said they searched for the upcoming 'Beetlejuice 2', set for release in 2025, on Google.

Brad Pitt's production company Plan B were reported in March to be making the sequel for Warner Bros., though there was no confirmed news on casting or plot at the time.

In the original, Michael Keaton played the titular role, with the cast also including Alec Baldwin and Geena Davis.

The cult classic followed Alec's Adam Maitland and his wife Barbara (Geena) who die in a car accident and find themselves haunting their country residence, unable to leave the house.

When Charles and Delia Deetz (Jeffrey Jones and Catherine O'Hara) move in with their daughter Lydia, the Maitlands attempt to scare them away without success and their efforts attract a spirit called Beetlejuice, whose help quickly becomes dangerous for everyone involved.