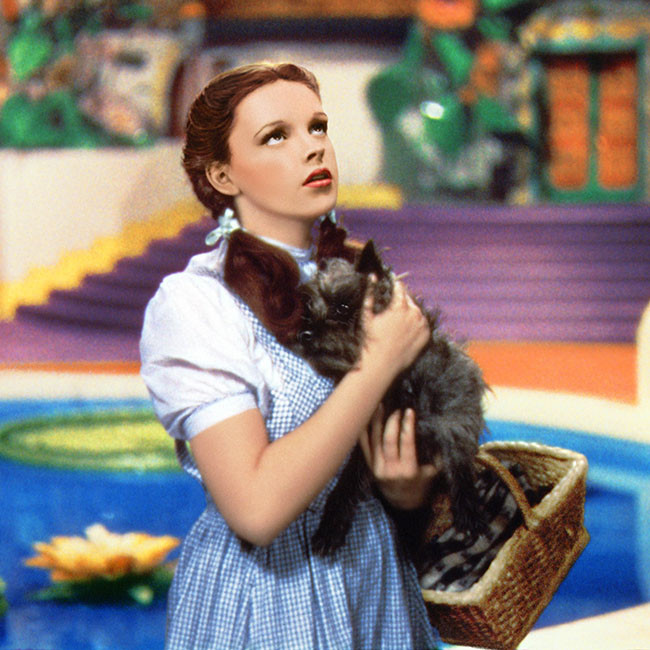 'The Wizard of Oz' is being remade by 'Watchmen' director Nicole Kassell.

New Line Cinema has revealed the filmmaker will be at the helm of a new adaptation of L. Frank Baum's beloved 1900 children's novel, which has spawned many films, TV shows and stage productions, including 1939's big screen classic starring Judy Garland.

As reported by Deadline, the movie is set to be a "re-imagining," which suggests it will draw on the book rather than being an exact remake of MGM's movie.

Previous script drafts were written by Darren Lemke and the writing duo of Neil Widener and Gavin James.

The 1939 adaptation starred Judy Garland as Dorothy, who was transported to the land of Oz in a twister and befriends Scarecrow, cowardly Lion and Tin Man as she tries to find the titular wizard to help her return home.

In a statement, director Kassell said: "I am incredibly honoured to join Temple Hill and New Line in bringing this beloved classic to the screen.

"While the 1939 musical is part of my DNA, I am exhilarated and humbled by the responsibility of re-imagining such a legendary tale.

"The opportunity to examine the original themes — the quest for courage, love, wisdom, and home — feels more timely and urgent than ever.

"These are profoundly iconic shoes to fill, and I am eager to dance alongside these heroes of my childhood as we pave a newly-minted yellow brick road!"

As well as 'Watchmen', Kassell has also worked on 2004 movie 'The Woodsman', and episodes of major TV shows including 'Better Call Saul', 'Westworld', 'The Killing' and 'The Leftovers'.

Meanwhile, visual effects and animation studio Animal Logic has revealed their next project will be the Warner Bros.' animated musical adaptation of 'Toto: The Dog-Gone Amazing Story of the Wizard of Oz'.