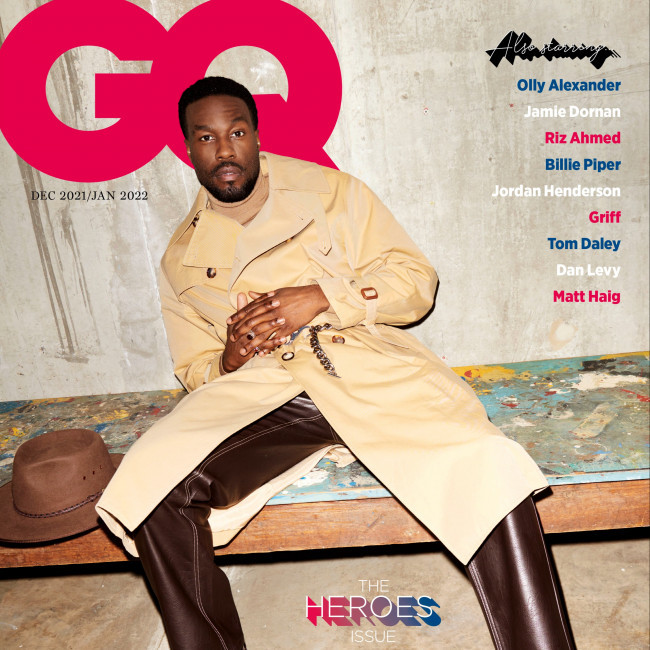 Yahya Abdul-Mateen II has not been a "participant" in his career growth.

The 35-year-old actor has recently featured in movies such as 'Candyman' and 'The Trial of the Chicago 7' – as well as winning an Emmy for his role in the TV series 'Watchmen' – and admits that his star has risen while he has been in lockdown in Berlin.

Yahya told the December/January issue of British GQ magazine: "I was not a participant in the world. I wasn't there – I was in Berlin in my apartment in lockdown (filming 'The Matrix Resurrections').

"I won an Emmy and I've never been to the Emmys. It was just me, my cousin sitting to the left, a make-up person who I didn't know and a tech guy. He was pleasant. But he was there to set up the camera. And that's how I won an Emmy."

Yahya will take over from Laurence Fishburne as Morpheus in 'The Matrix Resurrections' – the fourth movie in the sci-fi action series – and has teased that the movie will take a more optimistic tone than the original.

The 'Aquaman' star said: "In the original, there was this warning of what the world could be if we stay inside our little machines and if we stay on the hamster wheel and not open our eyes.

"In our new 'Matrix', it feels like the world has already gone there – we've already surpassed that warning. The world is already sick. And this 'Matrix' is about what the world could return to."

See the full feature in the GQ Heroes issue available on digital download and on newsstands Friday 5th November.