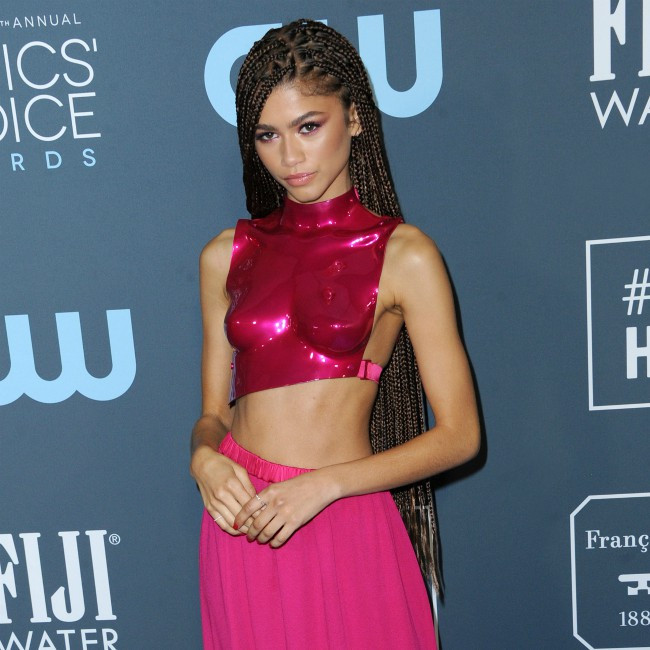 Zendaya 'grateful' to be back at work

Zendaya is "grateful" to be back at work.

The 'Malcolm & Marie' star admits it has been good to get back on set as she opened up about the huge differences between filming the Netflix movie and her upcoming role in the third 'Spider-Man' movie.

Speaking about the differences between the two sets, she said: "It is very different. On this film, everybody's doing seven different jobs. [Spider-Man] is a very different kind of experience in the sense that there's a lot going on, but they still manage to keep it safe. I'm grateful to be back at work."

And Zendaya admitted it was a "very scary time for the world" when they filmed 'Malcolm & Marie' back in the summer, amid the coronavirus pandemic.

Speaking to Yahoo! Entertainment, she added: "It was a very scary time for the world. We wanted to make this movie, but we first and foremost wanted to make it safely."

Meanwhile, the 24-year-old actress previously confessed she was a "different character every day" in lockdown as she missed acting so much during lockdown.

She said: "Being in lockdown, I was definitely itching to do what I love because I hadn’t been able to do it for so long. I had already geared up and was in the headspace of a Season 2 [of 'Euphoria'] and that wasn’t happening. I literally, while I was in quarantine, I would do this thing to keep me motivated. I live with my assistant, who’s also like a brother to me. I told him, 'I’ll do some physical activity - I think it’s good for me.' I have a whole bunch of wigs, from many years of being on red carpets, and I would put on a different wig and be a different character every day, and put on this performance for him for like an hour every day."