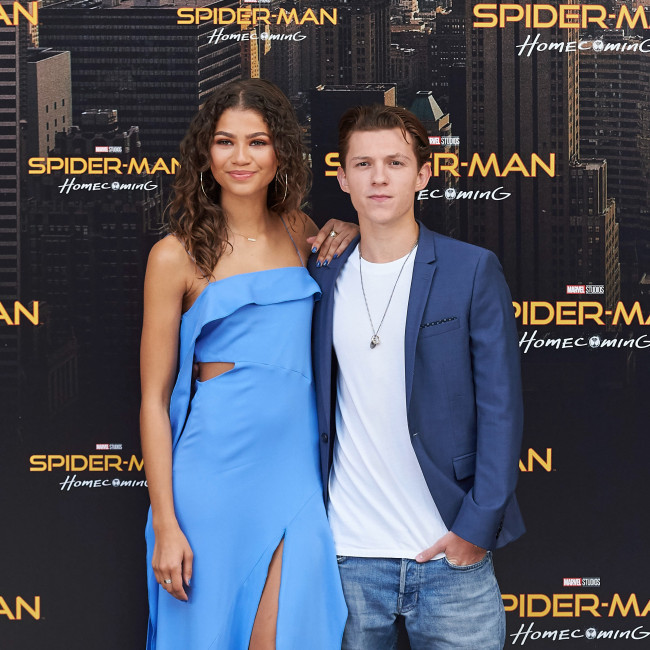 Zendaya reveals Spider-Man cast are all 'so close'

Zendaya says the whole 'Spider-Man: No Way Home' cast is "so close".

The 'Space Jam: A New Legacy' star is said to be dating her co-star Tom Holland - who reprises his role as Peter Parker in the hotly-awaited instalment in the superhero franchise - and the 24-year-old actress has insisted the whole cast is very close-knit.

Zendaya told 'Entertainment Tonight': “I can’t wait for everybody to see ‘Spider-Man’ when it does come out.

“And you know, we all work so hard and we’re all so close from that. I’m excited! We’re gonna have a good press tour I think.”

Zendaya's comments come hot off the heels of a source claiming this week that Tom's chemistry with Zendaya, who plays MJ, is “off the charts”.

The pair were pictured locking lips in a car earlier this month following years of on and off speculation about their potential relationship.

And insiders claimed the rumoured couple have dated several times since they were first linked in 2017, and have always had strong chemistry.

The source said: “Their chemistry on the set of Spider-Man was off the charts. It was no wonder why they were chosen to play each other’s love interests. Their relationship when they first dated happened naturally. I know they broke up at some point, but they’ve always remained friends.”

According to the source, Tom, 25, and Zendaya are also keen to keep their romance out of the spotlight as much as possible.

They added: "They’re both not one to make their relationship public. They’re private when it comes to dating, so any photos that have come out would’ve just been them going about their business and not knowing photographers were around.”

Tom and Zendaya were pictured locking lips on July 1, marking the closest the pair have come to confirming any romance speculation between them.