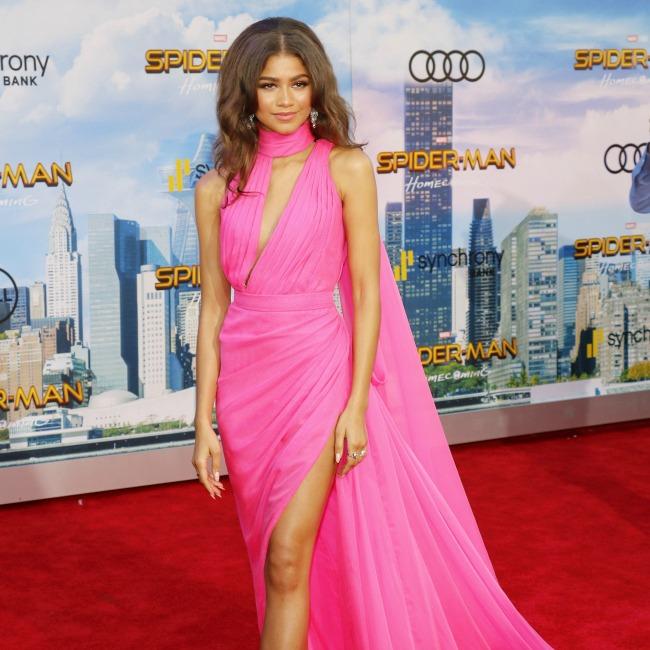 Zendaya and John David Washington have secretly made a movie together.

The two stars quietly shot the film, which is titled 'Malcolm & Marie', in Carmel, California, from 17 June to 2 July, after the 'Euphoria' star contacted the show's creator, Sam Levinson to ask him if he could write and direct a movie during quarantine.

Within six days, he had written the story - which is said to have "echoes of" Netflix's 'Marriage Story' and features a number of social themes being experienced during the pandemic - and had the 'Tenet' actor in mind to star opposite Zendaya.

Sam, his production partner and wife Ashley, producer Kevin Turen and the two stars agreed to fund the film during pre-production and production.

The skeleton crew undertook a number of duties, with co-executive producer Harrison Kreiss also helping with tracking scripts, stocking craft services and standing in for light in.

The entire team took multiple coronavirus tests and undertook a two-week quarantine before filming began at Caterpillar House, a private property set in 33 acres of land.

Everyone had separate dwellings and spent two weeks rehearsing in the parking lot, hiking in the grounds and ate in designated spots, with food prepared by a chef who had quarantined within the group.

Separate pods included one with a production designer, set dresser and grips, who worked together to prep the location for shooting, and another oversaw logisitical and administrative duties.

Before filming could begin for the day, everyone had their temperature checked and extra time was allowed for the crew to sanitise their equipment.

The cast had to be responsible for their costumes and mics and were in a separate holding area away from the crew.