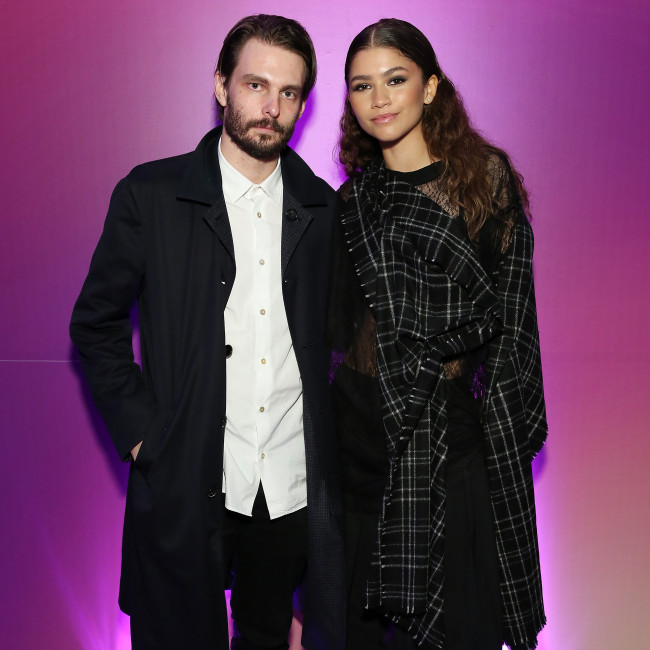 Zendaya wants to be become a director

Zendaya's "goal" is to become a filmmaker who makes the kind of roles she "wants to see" Black women in.

The 24-year-old actress recently helped produce Netflix's 'Malcolm & Marie' - in which she also stars alongside John David Washington as the titular couple -  and has revealed the romantic drama's director, Sam Levinson, who is also the creator of Zendaya's HBO teen drama series 'Euphoria', has offered to teach her the ropes of directing.

In an interview with The New York Times newspaper, Zendaya said when asked if she's interested in photography and cinematography: "Hugely. I mean, I’d love to be able to be a filmmaker. I don’t know when that’ll happen. Sam [Levinson] is always like, I give you a year until you’re directing something, and I’m like, all right, well, that means you got a year to teach me. So I don’t know what that looks like personally, but I really enjoyed being a producer. And I enjoy this idea of hopefully one day being able to make the things that I want to see, the roles that I want to see for Black women. That would be exciting and a goal of mine."

The 'Greatest Showman' star also revealed that she and Sam created 'Malcolm & Marie' amid the coronavirus pandemic, because she was "itching" to be creative and find her "purpose" again after quarantine stalled her "9 to 5".

She explained: "I think it’s often forgotten because obviously we were able to sell it to Netflix, but it really started as this very, very small thing that we were doing.

And it was my first time not really having my 9 to 5, which I’ve had since I was 13 years old. The last project that I technically did before 'Euphoria' was 'K.C. Undercover'. So it was my first time being without it — because I’ve never had to know who I am without my work.

I would talk to Sam a lot and I was itching to be creative in some form and find my purpose again. And I was like, What if we just shoot something, you, me and Marcell [Rév, the cinematographer who worked on the movie and also on 'Euphoria']? And if there was a world where we made something we were proud of and we could sell it and hopefully get everybody paid and take care of our crew in that way, that would be the ultimate winning goal for all of us."