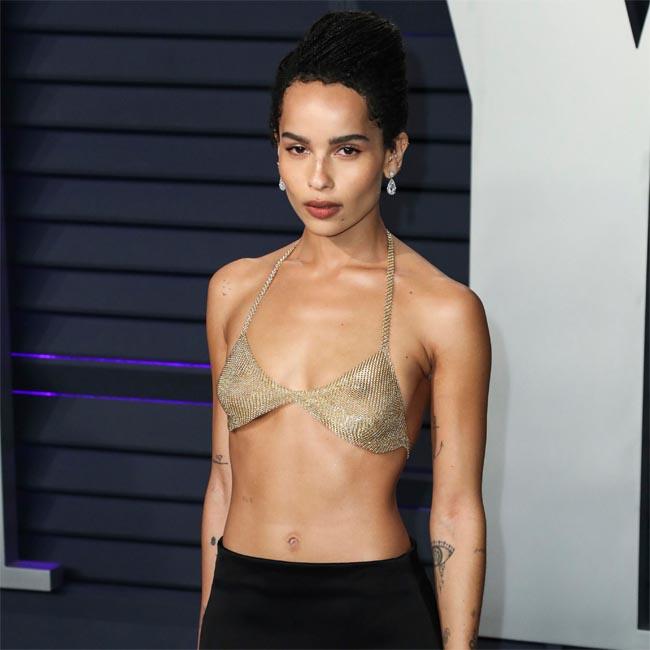 Zoe Kravitz has been coming home "limping every day" from her training sessions to prepare for her role as Catwoman in 'The Batman'.

The 'Fantastic Beasts: The Crimes of Grindelwald' star is playing the villain, Gotham City burglar Selena Kyle, in Matt Reeves' DC Comics blockbuster opposite Robert Pattinson as The Caped Crusader.

Zoe has been doing a "ton of work" to get ready to portray Catwoman and has revealed it is some of the most physically demanding training she's ever undertook.

Speaking on the episode of 'The Ellen DeGeneres Show' to air on Monday (13.01.20), Zoe said: "It's going really well. It's very exciting. I've been training a ton too, which has been great and hard. It's very physical. I come home just limping every day."

The 31-year-old actress has also had "many" costume fittings for the skintight catsuit she'll be wearing in the action film.

Zoe is the latest actress to take on the role of Catwoman on the big screen, following in the footsteps of Halle Berry, Anne Hathaway and Michelle Pfeiffer - whose portrayal of super-sultry Catwoman in Tim Burton's 1992 movie 'Batman Begins' is considered to be the most iconic portrayal of the character who made her debut in the pages of DC Comics in 1940.

Zoe ended up being seated next to Michelle, 61, at the Golden Globes, and admitted it felt like she was "bowing to the queen" and "nervous to be in her presence".

Meanwhile, director Matt revealed that the 'Batman: Year One' comic strip has inspired the story, but it isn't limited to just a single tale.

Matt explained: "Year One is one of the many comic books that I love. We are definitely not doing Year One.

"It's just exciting to be focused very specifically on a tale that is defining for him and very personal to him. Obviously, we're not doing an origin tale or anything like that.

"We're doing a story that is definitively Batman though, and trying to tell a story that's emotional and yet is really about him being the world's greatest detective and all the things that for me since I was a kid, made me love Batman."