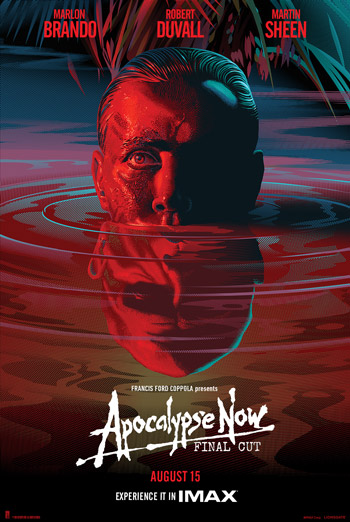 Francis Ford Coppola’s stunning vision of “The Heart of Darkness” in all of us, Apocalypse Now, remains a classic and compelling Vietnam War epic. Martin Sheen stars as Army Captain Willard, a troubled man sent on a dangerous and mesmerizing odyssey into Cambodia to assassinate a renegade American colonel named Kurtz (Marlon Brando), who has succumbed to the horrors of war and barricaded himself in a remote outpost. Apocalypse Now Final Cut is Coppola’s most realized version of the film, which was nominated for eight Academy Awards®, won three Golden Globes® and is one of AFI’s top 100 films. Digitally remastered with proprietary IMAX DMR® technology, Apocalypse Now Final Cut will transport audiences back in time, as they embark on an immersive journey throughout Coppola’s cinematic masterpiece. Only in IMAX theatres will audiences experience Apocalypse Now Final Cut on the biggest screen with crystal clear images of the highest clarity and widest color spectrum paired with the most immersive precision sound.