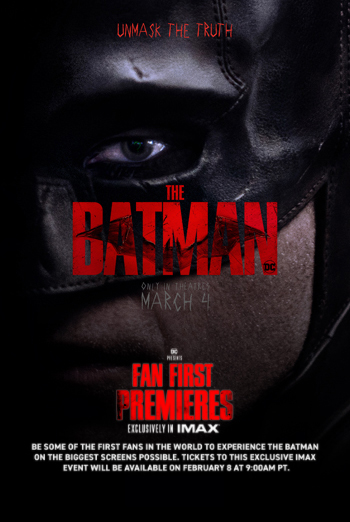 Be among the first fans in the world to experience The Batman on the biggest screens possible.