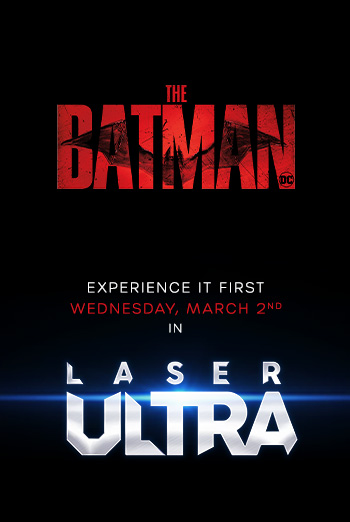 Be among the first fans in the world to experience The Batman in Laser Ultra – The ultimate in Sight, Sound and Comfort.