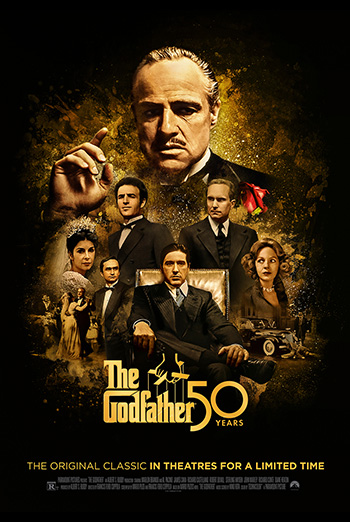 Francis Ford Coppola's epic masterpiece features Marlon Brando in his Oscar©-winning role as the patriarch of the Corleone family. Director Coppola paints a chilling portrait of the Sicilian clan's rise and near fall from power in America, masterfully balancing the story between the Corleone's family life and the ugly crime business in which they are engaged. Based on Mario Puzo's best-selling novel and featuring career-making performances by Al Pacino, James Cann and Robert Duvall, this searing and brilliant film garnered ten Academy Award® nominations, and won three including Best Picture of 1972.