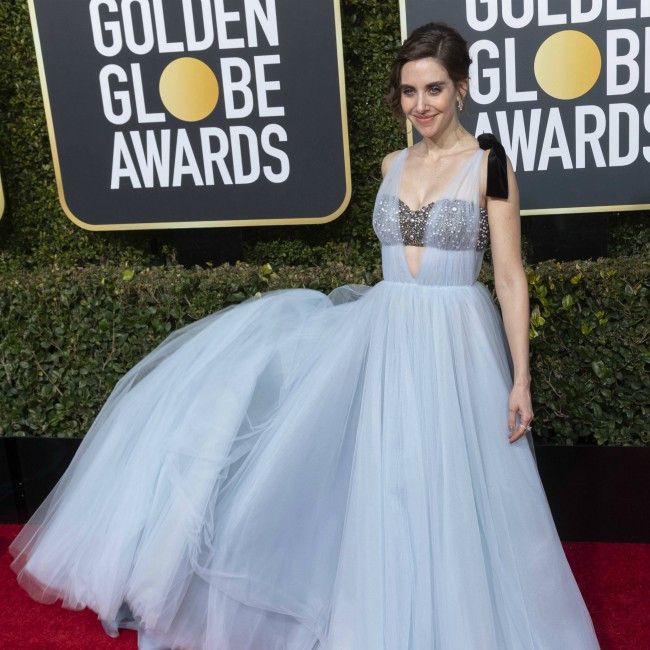 The 37-year-old actress starred as Ruth Wilder in the Netflix comedy-drama series, which has been axed by the streaming giant, and Alison is eager to turn the show into a film.

She told The Playlist: "I certainly think a ['GLOW'] movie could tie everything up. Our creators, Liz Flahive and Carly Mensch, are incredible writers. And they’re so devoted to these characters that they created. I think a movie would be a great way to wrap it up."

Despite this, Alison has her doubts about whether her ambition will actually come to fruition.

She said: "I’m a little pessimistic about it actually happening just in light of everything that’s gone on this year and how difficult it is to get anything back into production with Covid, and I’m also part of the 'Community' cast, who’s been trying to get a movie going for six years, so what I’m saying is don’t hold your breath because if it does happen, it might take a minute."

And the Hollywood star has admitted to being saddened by the show's cancellation.

She shared: "It’s definitely a bummer. I’m going to miss playing with those incredible women and Marc Maron and Chris Lowell.

"But you know, we’re so lucky. We’re lucky that we got to make three, to me, perfect seasons of a show. I love it so much and it will live on Netflix forever. So people can still check it out."