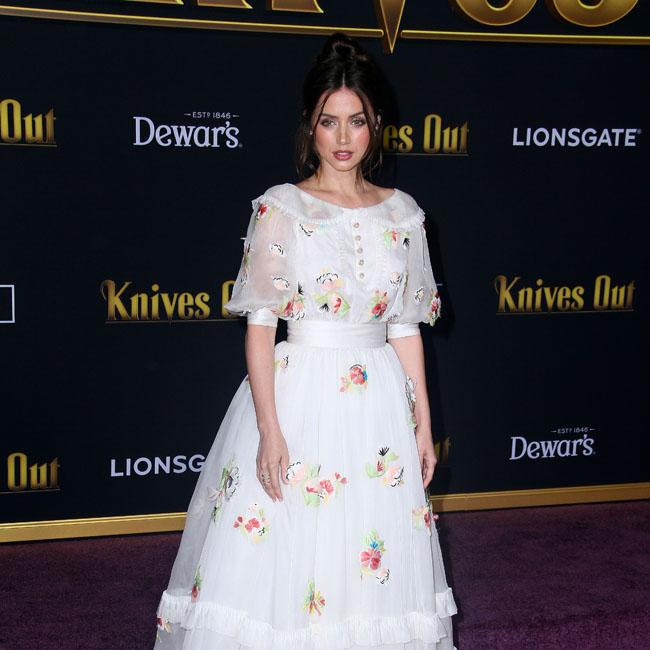 The 31-year-old actress plays Paloma in the upcoming 'No Time to Die' after her 'Knives Out' co-star Daniel Craig recommended her for the role but Ana admitted she didn't think she was the right person to play a Bond girl at first.

She told AmericanWay.com: "Bond girls have been portrayed for so many years with a specific type of woman. I associate it with some sort of perfection and beauty standards beyond the normal. Things that I didn't match. I was shocked when the director called me to say 'The character is not written yet but we want you do it'."

And Ana admitted she was also worried that her role would be a stereotypical part and not a well-rounded character.

She explained: "Usually these women [Bond girls], they need to be rescued. Or they die. Or are evil. I needed to read that script. And it took a little, but they sent me the scenes. It's important, because I want to bring something else to the story. Ultimately, the character convinced me."

Ana previously revealed that while her character was created by director Cary Joji Fukunaga, she was written entirely by co-screenwriter Phoebe Waller-Bridge.

She said: "You could ... tell that Phoebe was in there. There was that humor and spikiness so specific to her. My character feels like a real woman.

"But you know, we can evolve and grow and incorporate reality, but Bond is a fantasy. In the end you can't take things out of where they live."