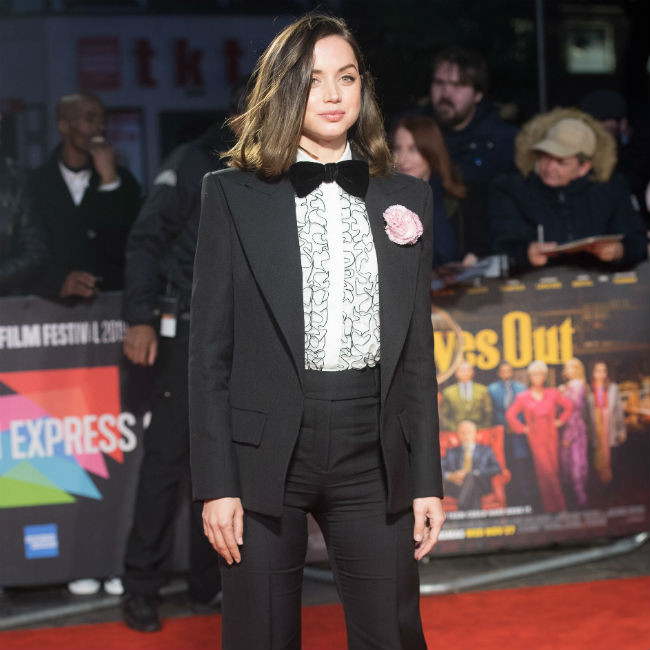 Ana De Armas has signed up to star in 'The Gray Man'.

The 32-year-old actress will join Chris Evans and Ryan Gosling in the Netflix action thriller from 'Avengers: Endgame' directors Joe and Anthony Russo.

The action thriller follows a former CIA operative turned freelance assassin named Court Gentry (Gosling) - who is also known as the Gray Man - who is hunted across the globe by his former CIA cohort Lloyd Hansen (Evans).

The pair have also confirmed they're due to start filming in January, with work taking place in Los Angeles and in Europe.

Joe added: "[We're] guys who grew up on a steady diet of action thrillers. The cast is exceptional, the script is excellent. We start shooting at the end of January here in Los Angeles, and then we have some work overseas in Europe after that in the spring.”

Despite having plans for a franchise in mind, the brothers might not helm any future sequels themselves, because they know their hectic schedules might not allow them to do so.

Speaking to Collider, Joe said: "It could be other filmmakers. I mean we love it, we love what we've been prepping, we love the cast, but we'd love to tell multiple stories and schedule-dependent, we might not be able to handle everything. So we love to bring new voices in and we also get excited about that."