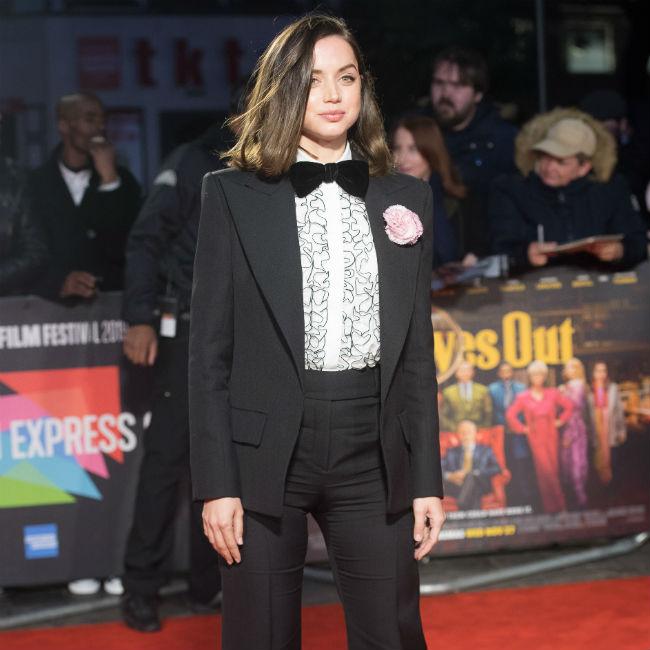 Ana de Armas has teased her role in 'Deep Water' opposite Ben Affleck.

The 'Knives Out' star features alongside Ben in the psychological thriller 'Deep Water', which is based on Patricia Highsmith's 2003 novel of the same name.

She told the Daily Mail newspaper's Baz Bamigboye: "We're doing a film together.

"It's a psychological thriller, and the woman I play is not always nice to her husband."

Ben and Ana play Vic and Melinda Van Allen, a couple in a loveless marriage who decide to try and save their relationship and avoid divorce by allowing Melinda to take any number of lovers she pleases as long as she does not desert her family.

However, when one of Melinda's lovers is murdered, Vic - consumed by jealousy over his wife's sexual exploits - decides to use the death to scare away the other men in her life leading him down a dark road.

'Fatal Attraction' director Adrian Lyne is helming the film, which will be released in November, with the script penned by Zack Helm and Sam Levison.

Meanwhile, Ana, 31, recently starred in the murder mystery 'Knives Out', despite director Rian Johnson initially believing she was "totally wrong" for the role.

Rian explained: "I had seen her in 'Blade Runner 2049', but I wasn't really familiar with her work. It was [casting director] Mary [Vernieu] who brought her to my attention and said, 'This girl is really something special, you have to look at her.'

"I looked at her work and I could tell that she was really good, but I Googled Ana and saw glamour shots of her, and I was just like, 'No, she's totally wrong for it.' Then, I met with her and read her, and she was so right. Besides being just an incredibly skilled actor, she has that indefinable thing with her eyes. She's got that Audrey Hepburn-type thing, where her eyes just bring you in, and you're instantly on her side, and that's what we needed for the character. It was perfect."