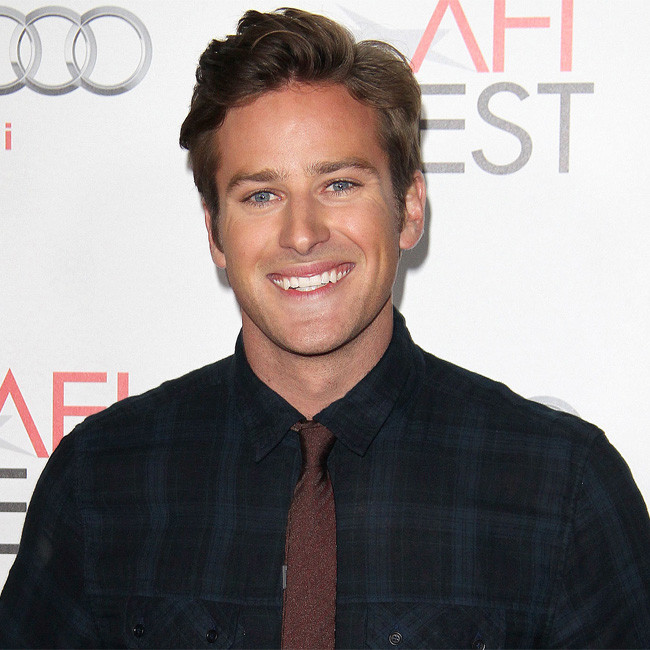 Armie Hammer doesn’t want his looks to be a factor in his career.

The 34-year-old star would rather people appreciate his strong work ethic and acting ability when it comes to hiring him for his movies, than for them to want to cast him because of his handsome features.

"What I would rather people appreciate is, 'That guy's put in a lot of hard work'. I mean, there's nothing I can do about the way I look."

When it comes to the roles he’s looking to undertake, the ‘Call Me By Your Name’ star just wants to push himself out of his comfort zone.

Armie is currently starring in ‘Rebecca’ and he sees parallels between the movie’s exploration of reality and people’s perceptions to what is reality to the current obsession with social media.

He told Total Film: "I think that's a huge part of it - how we see ourselves versus how others see us.

"What is the real us, versus what we think of ourselves.

"I never really thought about that correlation to social media but that makes sense. It's the dots that we connect in our own mind that make the picture, that make us so unhappy, you know?

"Social media is a huge example of that. You look at someone's Instagram picture and you just see a few dots that you connect about their life - that everything is perfect and that they have everything that you want and this and that.

"But what you don't see is how long it took them to take that picture and then that person is sitting in the corner crying, trying to edit the right picture so that they look cool and feel validated. Everybody just needs to calm the f*** down."