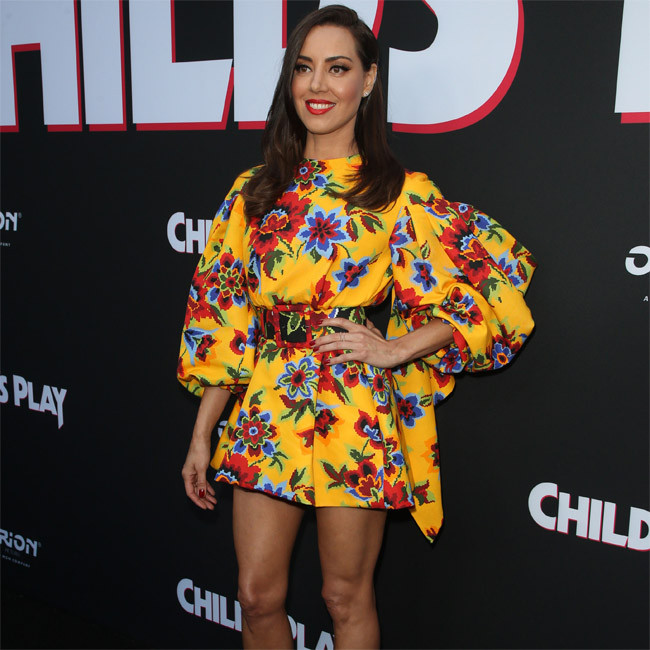 The 37-year-old actress is best known for her comedy work but she has “always dreamed” of being in an action real and she admitted she pursed the part of CIA operative Sarah Fidel in a way she’s never done before.

She told Total Film magazine: “I’ve always wanted to be in an action film.

“I grew up very athletic. I was always playing sports. It’s not something I ever thought would actually happen. But it’s definitely something I’ve always dreamed of.”

Aubrey and Guy had an initial virtual meeting and then she stepped up her campaign to be cast.

She said “I heard through the grapevine that he was maybe going to meet some other people. I just pounced. I threw myself at him and said, ‘Pick me, I’m the man for the job. I’ll be funny. I’ll kick people’s butts. Whatever you want.’

“I really went there, which isn’t something I normally have done but I just felt compelled to do it. And he responded to my boldness.”

The actress stars opposite Jason Statham in the movie and made it her “mission” to get him to crack up during filming.

She said: “I enjoyed sparring with him every day. He’s surprisingly way more silly when the cameras aren’t rolling.

“So it was very funny to see him crack jokes and laugh at me.

“But then the minute the cameras are rolling, he goes back into his serious, action movie star way.

“It became kind of a sick game – me trying to make him laugh – and I definitely succeeded sometimes.

“He made me laugh too. He’s a tricky one that Statham.”

Although there were far more men on set than women, Aubrey insisted it didn’t “faze” her, though she occasionally retreated away from her new “bunch of brothers”.

She said: “It definitely felt like a boys’ club…

“It doesn’t really faze me. But there were moments when the guys would all go golfing and I’d be like, ‘Excuse me, I can golf too. What about me?’

“It felt like I had a bunch of brothers that were all roughhousing.

“Sometimes I got in there and sometimes I’d be like, ‘I’m going in my trailer to paint my nails.’ “