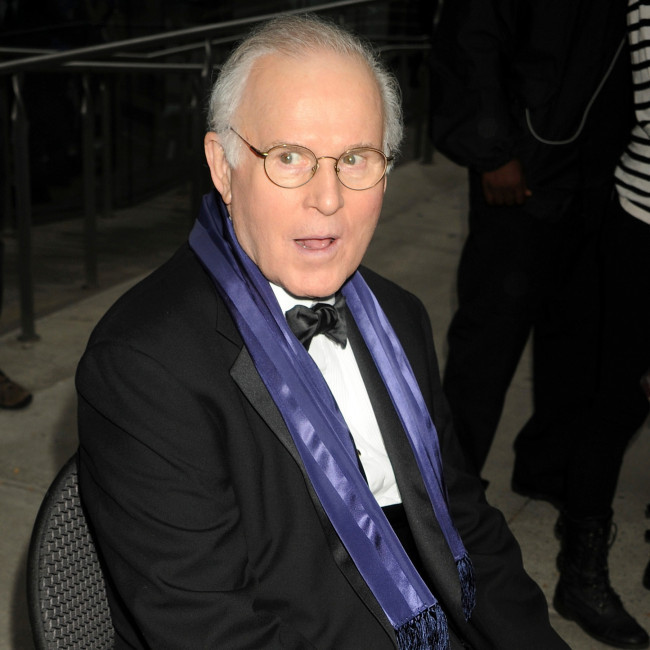 Charles Grodin has died at the age of 86.

The actor - who starred in films such as 'Midnight Run' and 'Beethoven' - died of bone marrow cancer at his home in Wilton, Connecticut, on Tuesday (05.18.21).

The late star appeared in a host of Hollywood comedies during his career and Steve Martin has already paid tribute to the actor, describing him as "one of the funniest people" he's ever met.

He wrote on Twitter: "So said to hear. One of the funniest people I ever met: Charles Grodin, Star of ‘Beethoven’ and ‘Heartbreak Kid,’ Dies at 86 (sic)"

Grodin moved into acting after quitting his studies at the University of Miami.

And after landing parts in various Broadway productions, he soon established himself in the TV and film business, including a small role in the Roman Polanski-directed thriller 'Rosemary's Baby'.

However, his career really took off in the 1970s, when he starred in 'Catch-22' and 'The Heartbreak Kid', which earned him a Golden Globe nomination.

But despite becoming one of Hollywood's go-to comedy stars, Grodin always remained thankful for his success, acknowledging that lots of "very gifted people" never make it in the movie business.

He said during a 2009 interview: "I never complain about anything, because I'm aware of what's going on around me, and I'm also aware that there are a lot of very gifted people that never even get a job in show business.

"It's just because they can't handle the rejection, and I can handle it, and I'm used to it."

Grodin starred alongside Robert De Niro in 'Midnight Run' and played a short-tempered dad in the popular family film 'Beethoven'.

What's more, the actor - who also played the love interest of Miss Piggy in 'The Great Muppet Caper' - was a regular fixture on late-night chat shows.

Grodin is survived by his daughter Marion and his son Nicholas.