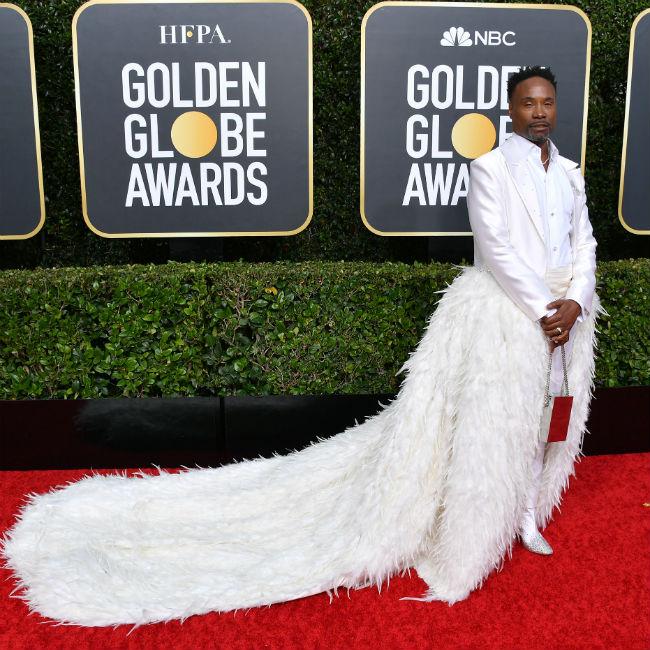 Billy Porter has described Jordan Peele as a "huge inspiration".

The 50-year-old actor appears in an episode of Peele's reimagining of 'The Twilight Zone' and admits he loves the director's work on horror films such as 'Get Out'.

In a conversation with SFX magazine, Billy said: "Jordan Peele is a huge inspiration to me. He was not on set when I was there, but I love his presence and what he has done with this particular genre."

Billy adds that he was left "mind blown" by 'Get Out', which focuses on a black man who uncovers a disturbing secret about his white girlfriend's family.

The 'Pose' star explained: "My mind was blown by 'Get Out'. That's my favourite Jordan Peele movie. I have a white husband, and as a black man living in the world, my mind was blown."

Porter expressed his delight about appearing in a fantasy show as he has always been a fan of the genre.

He said: "I love fantasy and sci-fi, but I'm not a fan who goes to conventions. However, I'm straight to the theatre whenever a good superhero movie comes out. I'm there. I love fantasy. I've always wanted to be in it!"

The Emmy-winning actor said: "I love the fact that they brought the same spirit of the original series over to this new version of the show. It's really cool to see it modernised in this way, along with new issues that we face in our modern culture.

"The first version of 'The Twilight Zone' was very white, and I am very grateful that this version really reflects what the world looks like today vis-a-vis casting and all the different types of cross sections of colours are represented. I think that's fabulous."