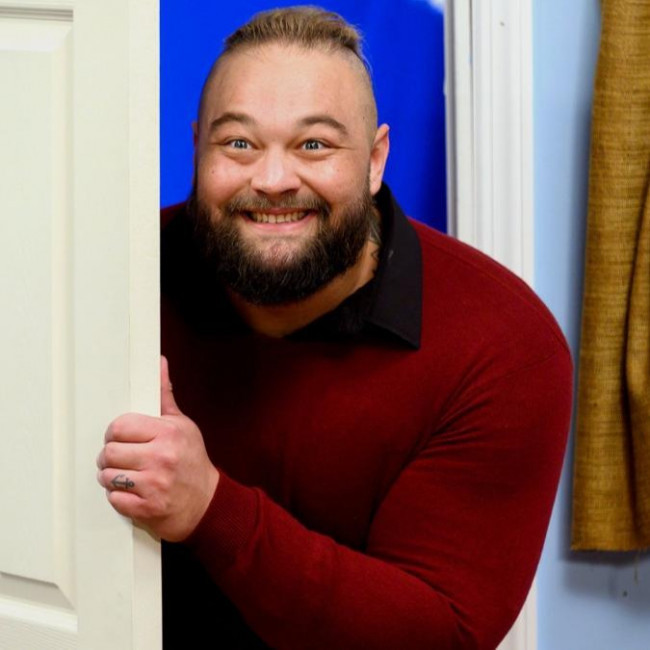 Bray Wyatt is working on his first feature film after leaving WWE.

The 34-year-old wrestler - who is going by his real name Windham Rotunda after being released from the company in July - is set to make the jump to Hollywood alongside his collaborator and friend Jason Baker.

Special makeup effects artist Jason told Metro.co.uk: "He's a phenomenal collaborator, he's become a really good friend, and we're actually - you're the first person that we're publicly telling about this. We're starting a film at the end of the month.

The Callosum Studios owner first worked with Windham during his time in WWE, as he worked on the props and masks for the Firefly Fun House and his Fiend alter ego.

Filming for the star's movie is set to get underway in Tennessee by the end of November.

Jason added: "It's a feature film and it's something really new and different. I'd say probably the best way to describe it is 'Ichi the Killer' meets 'Xanadu.' "

The pair were recently spotted on what seemed to be a Warner Bros. movie lot as they held meetings in Hollywood, and the artist has revealed how they went.

He said: "We had some meetings out there and things happened and things got moving forward, and now we're going and shooting this feature film with him at the end of the month."

Meanwhile, Jason noted the project is totally separate from Windham's character Bray Wyatt - who began as a cult leader before morphing into a children's TV entertainer with a demonic alter ego - and will instead be something entirely new.

He explained: "We're not using any of that - we're going in a completely different direction, a whole new thing. It should be fun. Hopefully fans of horror and fans of Windham like it!"