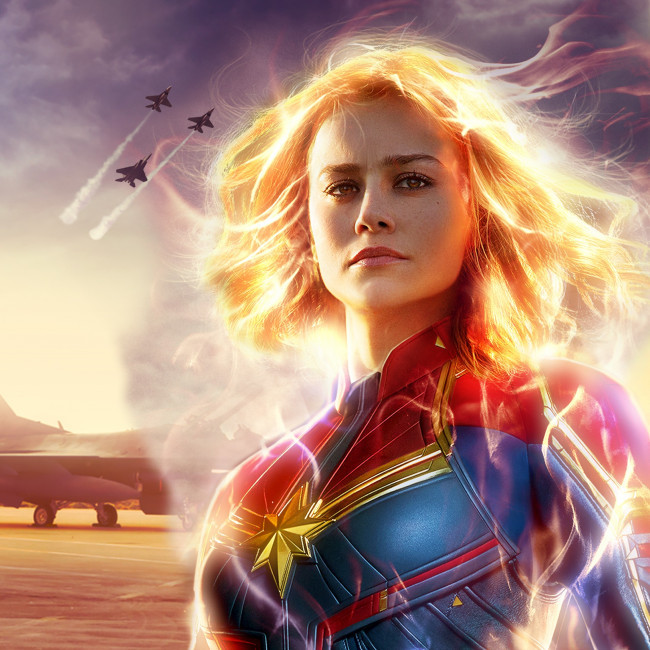 Brie Larson doesn't know if "anyone wants" her to keep playing Captain Marvel.

The 32-year-old actress has faced a huge backlash ever since she was cast in the title role of the 2019 movie and while she reprises the character, who is also known as Carol Danvers, in upcoming 'The Marvels', she admitted she's not sure whether she'll be back for another project.

Appearing at the D23 Expo over the weekend to present a first look at the film, Brie was asked how long she will play Captain Marvel.

She replied to Variety: "I don't know. Does anyone want me to do it again?"

But the actress enjoyed working with co-stars Iman Vellani and Teyonah Parris in Nia DaCosta's sequel.

She told the audience: "It was really nice to have a team. I had a team!"

The Oscar-winning actress has faced criticism from Marvel fans for varying reasons including not smiling in the trailer for 'Captain Marvel' and comments deemed sexist towards men after she previously called out the Marvel Cinematic Universe's lack of diversity and noting her press days "appeared to be overwhelmingly white male."

But Brie previously insisted she didn't care about the comments.

She said in 2019: "I don't have time for it, you know? The things that I have extra time to really look at are, like: Am I eating healthy food? Am I drinking water? Am I meditating? Have I called my mom today?

"I have genuinely never needed to look at the internet to explain to me who I am. I'm extremely committed to that in my day-to-day life."

The actress previously admitted she had no idea how far she could push herself when it came to getting in shape for the superhero franchise.

She said: "I affectionately called myself 'an introvert with asthma' before I got to play Carol Danvers and I started training first out of sheer panic, because I thought, 'Oh my gosh, Marvel doesn't know that I don't even know how to walk up a hill without being out of breath.'

"I started this journey thinking I'll get strong and I had no idea. I went far beyond what I ever believed was possible for my body."