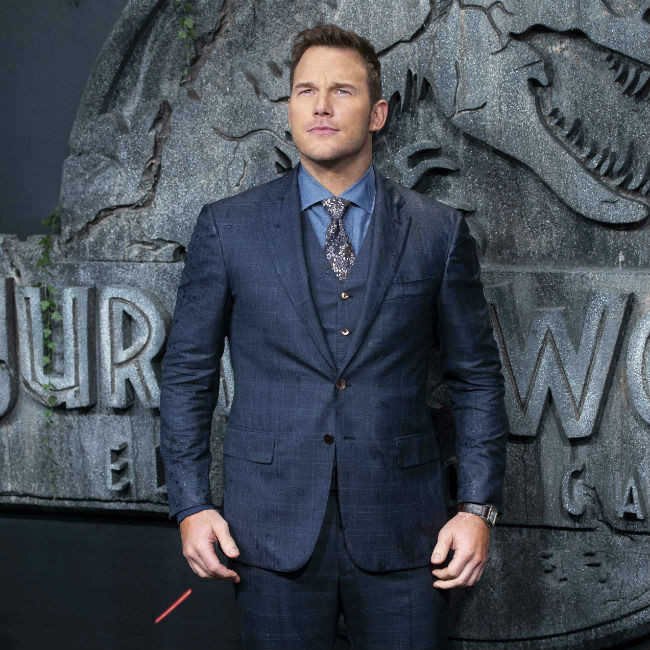 Chris Pratt prides himself on being an "everyman" actor and accepts his no Daniel Day Lewis.

The 42-year-old actor has become one of Hollywood's leading action stars with roles in the 'Jurassic World' dinosaur franchise and playing Peter Quill in the 'Guardians of the Galaxy' MCU movies and in his latest movie 'The Tomorrow War' he portrays a former soldier who travels into the future to fight an alien race that has invaded Earth.

Pratt accepts that many of his parts show him playing unlikely heroes and he thinks that is because the writers adapt the plot to match his personality as he always brings part of his real self to his movies, unlike someone such as three-time Best Actor Oscar winner Lewis, 64, who is a method actor who completely immerses himself as his characters.

In an interview with website HeyUGuys, he said: "I’m not like Daniel Day Lewis where every time I play a role I’m like, ‘Who is he, really?’ You get who I am when you see the roles that I play.

“I don’t know if it’s which comes first the chicken or the egg? I don’t know if the roles that I play appear to be an everyman who is finding some sort of strength is because that’s who I am, or if it’s written that way and that’s how I play them. A lot of times you step into a role and the role gets tailored to fit to your personality, at least for myself that seems to be the case. Maybe it’s a combination of both."

Pratt - who also plays unlikely hero Emmet Brickowski in 'The Lego Movie' - also acted as a producer on Amazon Prime movie 'The Tomorrow War' and it is something that he enjoyed and wants to do more of going forward.

He said: "I really enjoyed it, it was a lot of fun, I’m really proud of the film. I’m grateful we managed to get original IP to the screen with as much scope and backing budget as we did for this, that was exciting. I know there’s been a real thirst for original content that wasn’t a sequel or from a comic book or based on a TV show, this is something that’s completely original, I’m really grateful to be part of the team that helped that to happen.

"I really love the process of producing, I have so much to learn, I really love learning, it’s my favourite part of this whole game so I look forward to doing some more of it."