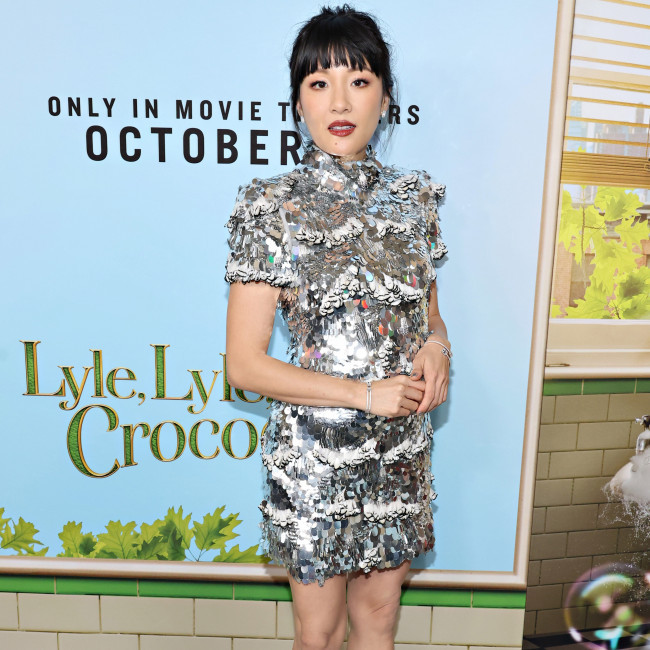 Constance Wu shows her 'authentic self' in Lyle, Lyle, Crocodile

Constance Wu was delighted to show her "authentic self" in 'Lyle, Lyle, Crocodile'.

The 40-year-old actress stars in the movie adaptation of the children's novel and explained that the flick, as well as her forthcoming memoir 'Making a Scene', has allowed her to show her true self to the public.

Speaking to The Hollywood Reporter at the film's world premiere in New York City, Constance said: "I feel really relieved to have what I feel is like a really authentic portrayal of myself out there in the public.

"I feel really glad to have a musical out because that is a portrayal of my authentic self because I am a musical theatre nerd. I always have been."

He said: "Constance was great. Javier is amazing. He's kind of a legend. So that was exciting and remarkable to watch him tackle. He's never sung or danced in a film like this. I mean, this was a big undertaking, and it's pretty extraordinary to watch him do his thing."

The film marks one of Shawn's first major movie roles and Parker was impressed by the way he handled the transition from pop sensation to film star, while contributing songs to the project's soundtrack.

The producer explained: "Shawn was remarkable because this is a very different for him.

"It's a very different process. You spent a lot of time getting him to understand the way in which the songs were working dramatically, but he was a natural. He was excellent."