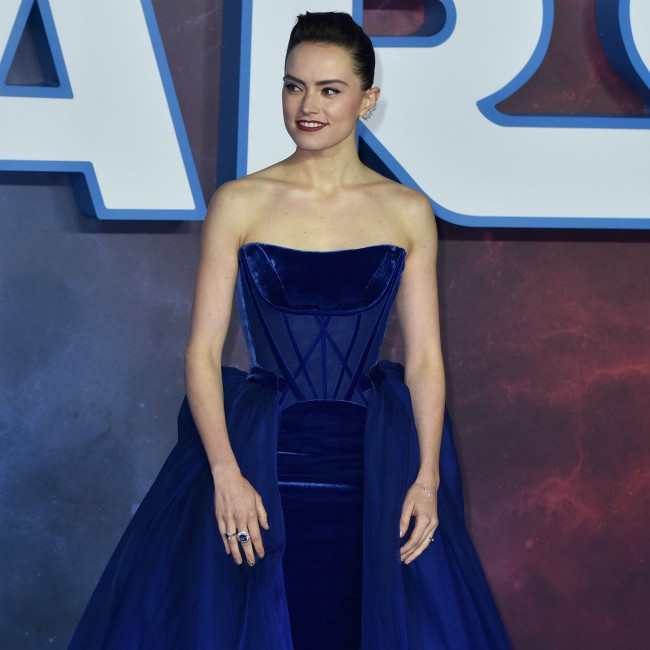 The 28-year-old actress has been rumoured to play the titular character in an upcoming 'Spider-Woman' movie and although she denied suggestions that she is the "frontrunner" to portray Jessica Drew, she revealed that she would be happy to star in a superhero flick.

Speaking to ComicBookMovie.com, she said: "Well, it's funny because someone asked me off the cuff about the Spider-Woman rumours recently, and I went, 'Oh, that sounds great.' Apparently, I've now declared myself a frontrunner to be Spider-Woman which isn't true!"

Ridley explained that she didn't play to do another "big film" after playing Rey in the 'Star Wars' sequel trilogy, but was tempted to star in the action flick 'Chaos Walking' by the quality of the script.

She said: "It's funny because I don't really choose things ... I (didn't) set out to do another 'big film'. I just read the ('Chaos Walking') script, loved it, and loved the idea of it."

Daisy continued: "Basically, should something come along and be great, of course I'd be open to anything. I just finished 'WandaVision'. What they did with it is so amazing and different and interesting. To be particularly in that world, which is ever-shifting and reimagining itself would be very exciting."

The English star previously revealed how she felt a personal connection to Jedi Rey as both she and her 'Star Wars' alter ego were "trying to find their way in the world".

Daisy explained: "Family is what 'Star Wars' is all about. The family thing is translated everywhere.