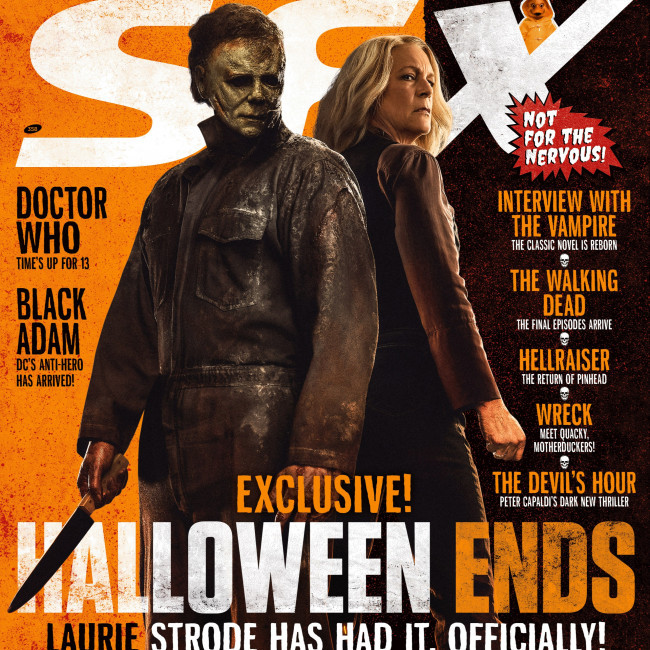 The 47-year-old director has helmed the latest 'Halloween' trilogy, which is set to come to an end with 'Halloween Ends', and he is adamant that he is proud of its predecessor, despite a mixed response from critics.

Speaking to the new issue of SFX magazine, David said: "'Kills' was 100 per cent the movie I wanted to make, and I'm extremely proud of its kind of insanity.

"To me, psychologically, the whole point of that movie is kind of unravelling things and not resolving things.

"There's a lot of people that when they see an ending like that, or that kind of unresolved chaos, they get frustrated as a moviegoer. For me, that's just part of the fun, and then we get to come in and tidy it up with the last one. So any frustration that was expressed about the last one, I kind of just smile and say, 'Hold tight, here we come.'"

David is directing a direct sequel to horror classic 'The Exorcist' to mark the original movie's 50th anniversary next year and explained that it is a different project to the 'Halloween' trilogy despite being in the same genre.

He said of the project: "It's going well.

"It's another daunting, intimidating responsibility, but at the same time, for me as a filmmaker it's exercising an entirely different set of skills and insights and research and techniques, because it couldn't be more different (to 'Halloween')."

David added: "We filmed portions of the movie to see what if we did this or that, and did some proof of concept maybe a year ago, and that all worked really well. So we're getting that back underway soon."