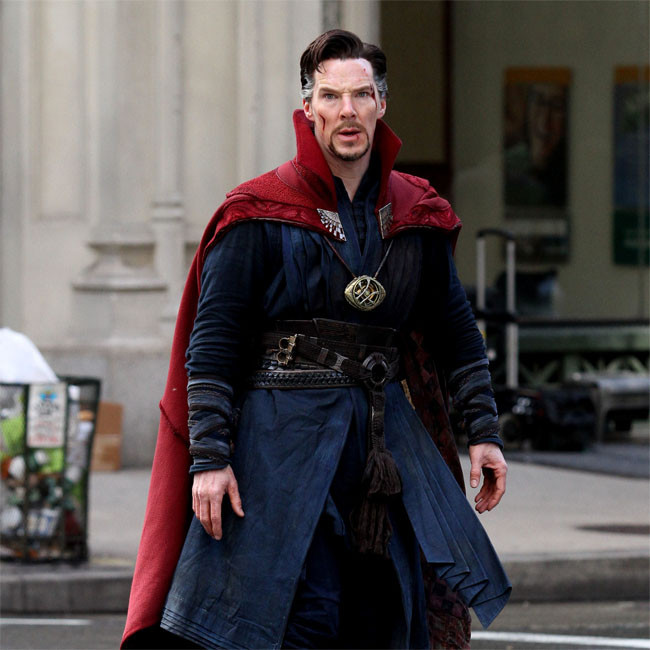 'Doctor Strange in the Multiverse of Madness', the follow-up to Marvel's 2016 'Doctor Strange' movie starring Benedict Cumberbatch, is set for six weeks of reshoots, with cast and crew working for six days a week in Los Angeles.

One source, played down the reshoots, telling The Hollywood Reporter: "Even while in the middle of production, Marvel is scheduling you for more shooting."

Another added: “We’ve had bigger reshoots on other MCU movies.”

However, some insiders believe the scale of the reshoots is significant, explaining: “They’re here until the end of the year. That’s like a whole other movie."

Speaking about the reshoots on 'Jimmy Kimmel Live', recently, Cumberbatch said: "Like everything with Marvel, it comes in fresh, pretty much, most mornings. It’s really exciting and the film is shaping up to be something special.”

Meanwhile, Benedict, 45, previously revealed he wants his acting projects to be able to justify spending time away from his wife Sophie Hunter and their sons Christopher Carlton, six, Hal Auden, four, and Finn, two.

In the new issue of Esquire UK magazine, he said: "I mean... I like a challenge. I really enjoy my work.

"When I do work, I want to work hard. It has to be worth leaving my family and home for. To make them... Oh, this sounds weird but I guess to validate me not being there.

"And if I can get away with a new skill and call it work, lucky me, you know? That saves me a few night classes or, you know, time I don't have."