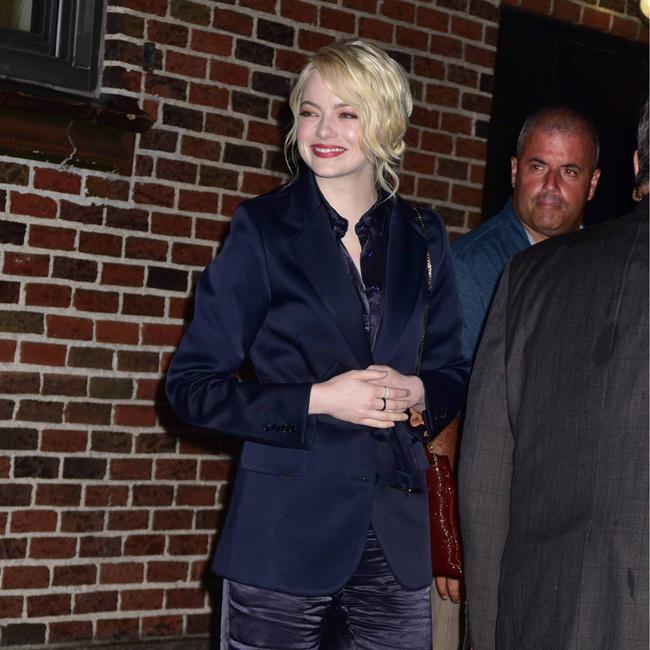 Easy A spin-off in the works

An 'Easy A' spin-off movie is in the works.

Nearly a decade after the 2010 hit teen comedy was released Screen Gems have recruited original screenwriter Bert Royal to create another movie.

According to Variety, the film is still in "early development" as Royal is still in the process of writing the screenplay but it will be set at the same school with a new group of teens and teachers.

The original film starred Emma Stone as high school student Olive Penderghast who takes on the unwarranted reputation as a "school tramp" after she lies about losing her virginity to a college guy.

However, it is not thought that Stone, 30, will appear in the new film.

The original film was a financial success earning $75 million worldwide from an $8 million production budget.

Despite the success of the film, 'La La Land' actress Stone has admitted that she's never actually seen the movie all the way through as she found it hard to watch herself on screen "for that long".

She previously said: "I haven't seen it. No, I've seen some scenes. But I went to a friends and family screening to see it, and I had to get up and walk out. Who wants to watch themselves for that long?

"I was 20 and I put so much pressure on myself. While we were shooting it, I was just going nuts and was like, 'I don't know, this whole thing could fall apart, I have no idea.'

"Because I had to be there all day, every day. And if I wasn't on screen, I was narrating, and it was just too much me.

"It was kind of like, I just felt like it had to be well-calibrated throughout, and it was the first time that I had ever had to rely on myself mostly to be able to carry all that, I think I just put so much pressure on myself."