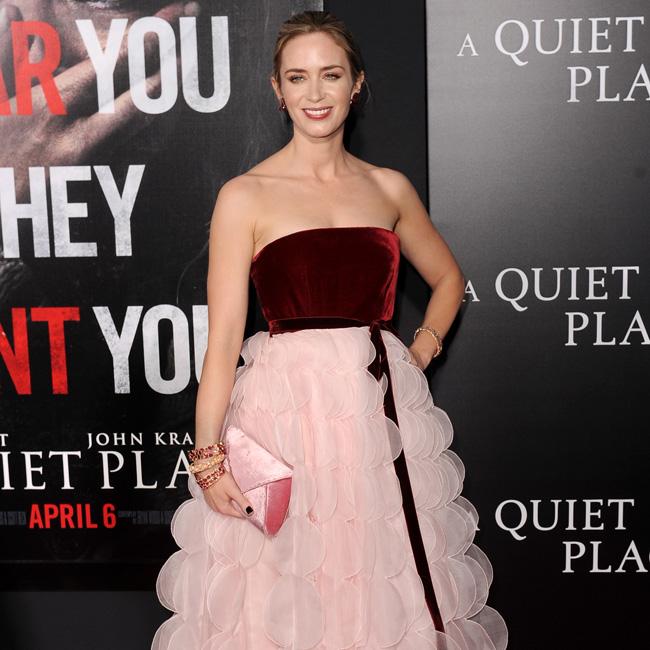 The 'Mary Poppins Returns' actress - who has daughters Hazel, six, and Violet, three, with husband John Krasinski - has become more "aware" of what she's putting into the world since having her kids and is much more "selective" these days.

She said: "To be honest, I'm more aware of what I'm putting out into the world now.

"I don't necessarily warm to certain roles or certain projects if they are defiantly violent or defiantly cold.

"I've become so much more selective about when I work, what it is and who it's with."

The 37-year-old star admitted she was "intimidated" by her role as Evelyn in the 'A Quiet Place' movies because it forced her to confront her "deepest fears" as a parent.

She said: "If the first movie represented a magnified version of what a lot of new parents feel, this next story explores how far you might go to protect your children as they head into the world. It goes deep into anxieties about our children going out into a world that can seem scary and daunting...

"As soon as you have your children, it feels like you are preparing them to eventually be without you.

"That's very deep theme that resonates with people. It certainly did with me - especially the idea of how far you'd go for your children.

"I was intimidated by the idea of playing a character who experiences my own deepest fears as a mother, the fear of not being able to protect my children."

She added to Britain's OK! magazine: "This is probably the most personal experience I've ever had on screen. It was very emotional.

"Some scenes I found more harrowing than others, especially if they involved the loss of a child or the loss of a partner, or what my character stands to lose as a person."