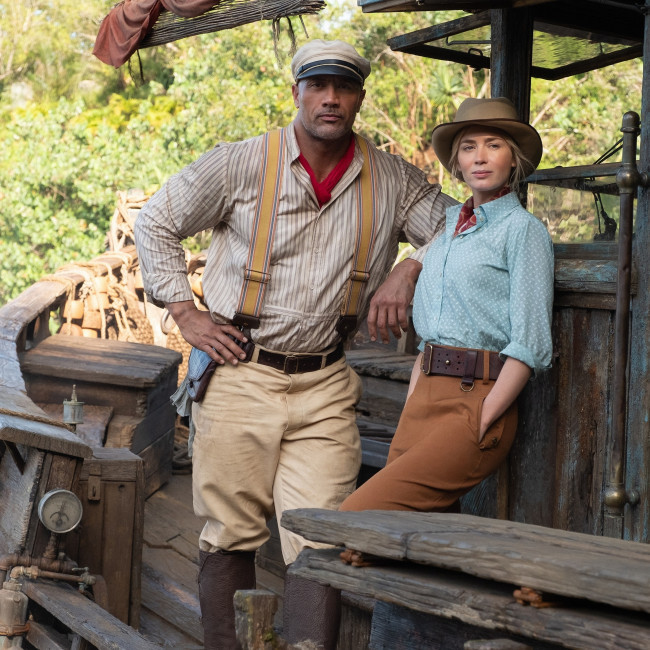 Emily Blunt had never ridden the 'Jungle Cruise' ride before attending the premiere of her namesake movie.

The 38-year-old actress stars opposite Dwayne 'The Rock' Johnson in the new family adventure, which is based on the popular river boat ride at Disneyland but she admitted she hadn't done any "research" until the high-profile event at he theme park over the weekend.

Emily described taking the ride for the first time as "surreal" and "kind of mad", and noted it was very different for her co-star.

She told The Hollywood Reporter: "It was beautiful and nostalgic and magical and whimsical and fun, and it was surreal riding it knowing that we’re in the movie of it. It was weird for me, it was kind of mad.

"This one, you can’t get him off a Jungle Cruise ride. Fifty times he’s been on it. Loves a pun and loves the ride.”

And the former WWE star thought it was the "best thing" that Emily had never taken the boat before and he loved seeing her reaction to the ride.

He said: "Now when you look back on this perspective, we made the movie and the movie is epic and adventurous and dynamic, but then for her to ride the ride for the very first time — and the ride is really a distilled-down, charming version of the movie — so I loved sitting next to her in the boat watching her watch all of these elements of 'Jungle Cruise' that are so rudimentary."

The pair were delighted to premiere the movie at Disneyland.

Emily said on stage at the park's Fantasyland Theater: “It’s beautiful to be here because the film was made in the spirit of this whimsical, magical place. It’s so beautiful for us to finally be bringing the film out."

Dwayne added: “Walt, I hope you like this movie.”

And the 'Moana' star hailed making the film as an "adventure of a lifetime".

He said: "We wanted to make a movie that was truly the adventure of a lifetime. It was more than a tagline for us, it was something that we wanted to deliver to families all around the world in hopes that they have a good time. We hope you guys have a good time, we hope we achieved our goal.”