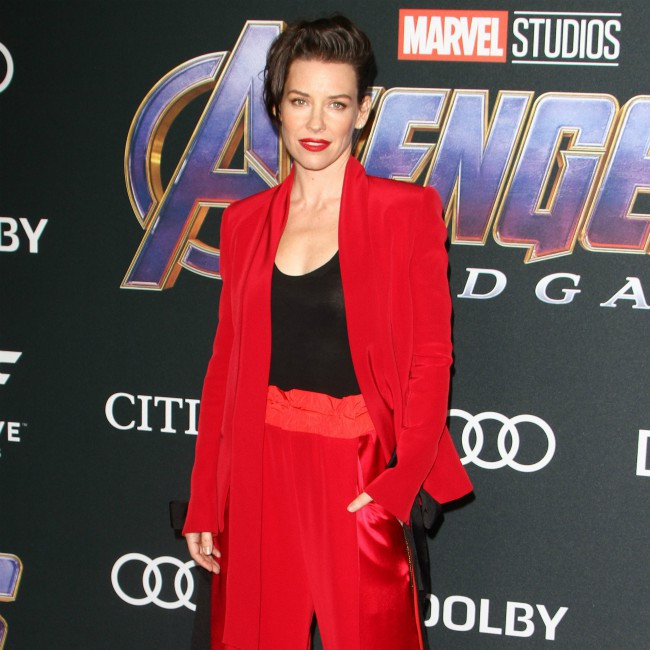 Evangeline Lilly had lots of input into the script for 'Ant-Man and the Wasp: Quantumania'.

The 42-year-old star reprise her role as Hope van Dyne/Wasp in the upcoming Marvel Cinematic Universe (MCU) flick and revealed how the studio gives her a lot of creative input into the blockbuster.

"And to do it with confidence and to do it with clarity, instead of, before I even speak, already... brushing my own ideas under the carpet, which is an old habit of mine. Like, 'Yeah, this probably isn't a very good idea, but...' or, 'You don't have to use this, I'm just going to tell you what it is...'"

The 'Crisis' star praised Marvel for giving her the "empowering" opportunity to discuss her ideas with film bosses.

Evangeline explained: "It actually feels really unnerving because you're making yourself vulnerable to somebody not liking it, without saying, 'You might not like this and that's okay.'

"And that was really empowering for me to be heard and to have my ideas actually, really, really well-received and valued and then to see them wind up in the final script."

The movie's writer Jeff Loveness previously described a dramatic action scene involving Evangeline's superhero in the flick – which is slated for release in July 2023.

He recalled: "I had one of those things where I felt like a French person watching that train movie.

"There was a complicated running sequence where the Wasp, very small, she flies around, she's going through the forest and the camera's moving with her and it tracks on the screen, so it kind of just looks like a legitimate shot from the movie, and it's very jarring to have this gigantic screen moving like a camera.

"Especially in goggles, I don't recommend throwing an Occulus on your head and jumping into an all CG environment."