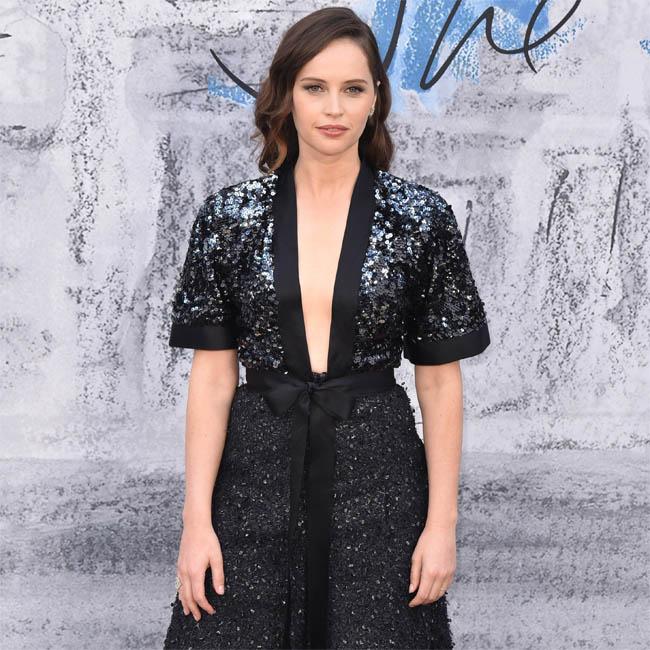 Felicity Jones believes hair and make-up are a great "tool" for getting into character.

The 'Theory of Everything' actress has learned a lot about beauty thanks to her years on sets and finds the physical transformation incredibly helpful.

She said:" You learn so much, particularly when it comes to make-up and hair.

"For an actor, they're a tool. For Ruth Bader Ginsburg, a lot of her character was in the shaping of her eyebrows and her teeth. I had my teeth capped to get the shape of her mouth.

"We even studied the way she used blusher, make-up is a huge part of character development."

And Felicity finds wigs very useful - especially as taking the hairpiece off at the end of the day helps her get rid of the final traces of her character before she goes home.

She explained to Grazia magazine: "They affect your mindset hugely and bring you closer to the character.

"There's something nice about going into the make-up truck at the end of each day and physically taking off the character. Although it does take longer.

The 36-year-old actress also varies her work out routine depending on what she's working on.

She said: "I like feeling really strong in my body.

"At the moment, I'm working with Louisa Drake, who is brilliant. I'm prepping for a film, for which I need a lot of core strength, so I'm doing Pilates and light weights.

"I love swimming and running and yoga for relaxation.

"I try and work out at least three times a week, sometimes more if I'm preparing for a role. I have a routine I can do in hotel rooms with a yoga mat."